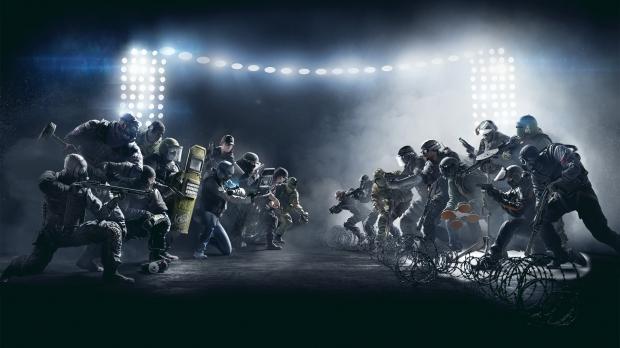 But of course it's not up to him. It's up to Ubisoft, and the company has previously said Rainbow Six: Siege will always be a premium product in an effort to curb toxicity. "It's a company decision. I think on the development team we want that at some point. We want the game to be accessible to everyone," he said.

There's a middle ground though: A free-to-play Rainbow Six spin-off on all available platforms. It's possible Ubisoft could take cues from what Activision is doing with Call of Duty's new ambitious Warzone battle royale game. Ubisoft could make a Siege F2P spin-off that's standalone but also connects directly with Siege, similar to Warzone, complete with cross-play on PS4, Xbox One, PC, maybe even Switch.

That way Ubisoft would have two consecutive inter-connected revenue streams from two shooters that're both separate but also connected in a unique way, complete with monetization structures and online play.

The idea fits perfectly with Ubisoft's engagement-first strategy, which sees live services, engagement, and online multiplayer games raking in consistent earnings every year. Right now Rainbow Six: Siege is buy-to-play only, but it's embraced the F2P structure with with microtransactions, season passes, and bonus items.

Eventually it could fully embrace free-to-play with its own standalone version of Siege.

Ubisoft is currently all-in on its big next-gen game development pipeline, which sees a slew of big titles rolling out from now until March 2021. The company plans to ship five major AAA games in the fiscal year, including a new Assassin's Creed, Watch Dogs Legion, a new Far Cry, and the upcoming Rainbow Six: Quarantine.

Quarantine represents a unique opportunity to possibly go free-to-play...but that's not very likely given the game's campaign-driven scope. It's more likely to be a buy-to-play premium experience.