THQ Nordic now has a whopping 8 dozen games in development, and more than half of them are unannounced. 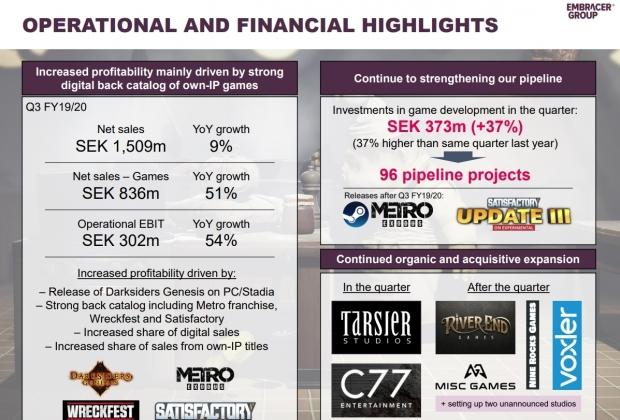 The Embracer Group (formerly THQ Nordic) is an absolute powerhouse of gaming that has potential to completely revitalize dormant IPs. The company, which has access to a treasure trove of franchises, currently has 96 total projects in its lineup and only 52 of them have been revealed. This is a pretty big jump over the 80 projects that were in development as of May 2019.

Some of the biggest new games are sequels in Deep Silver's catalog, including Saints Row V and Dead Island 2, both of which may release by March 2021 on next-gen consoles. 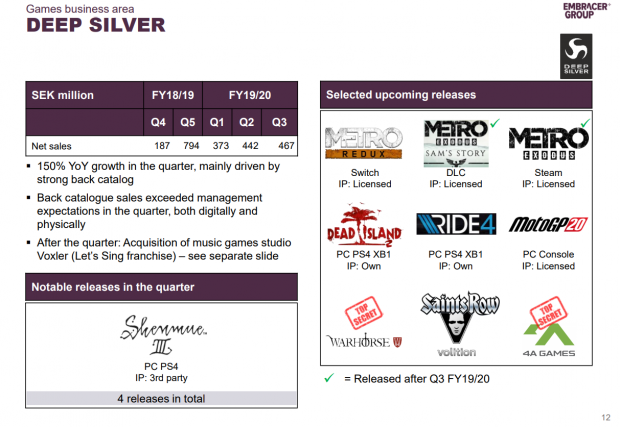 4A Games is also working on a next-gen Metro game for PlayStation 5 and Xbox Series X, and will be written by series creator Dmitry Glukhovsky.

Other games include BioMutant, which is still in the works but needs more time in the oven before it's ready.

Embracer Group CEO Lars Wingefors says that quality comes first, and asserts that its wholly-owned subsidiaries are currently working on new IPs as well as sequels.

"The new studio initiatives are long term investments in building new content and IP's that may become notable drivers of our organic growth in the future. Bear in mind that the development cycle for new games runs over several years and thus the contribution from these investments lies a few years down the road.

"Currently, we have a strongest pipeline ever of 96 titles in development across the Group, of which 52 are yet to be announced. I would like once again to emphasize that our priority is to put quality first across all our development projects.

"For the sake of all stakeholders, we should always take the time to build the best possible games."