Former BioWare dev Mike Laidlaw just left Ubisoft Quebec, where he was working on a new game for nearly a year. 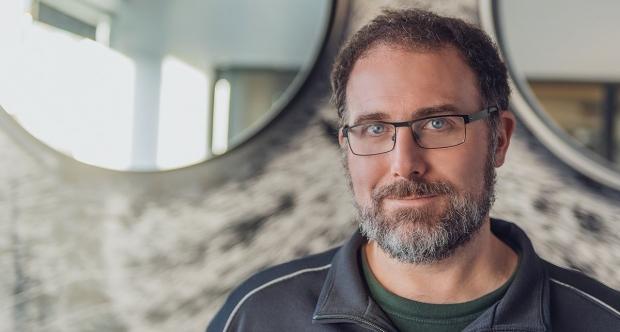 Back in December 2018, Ubisoft Quebec announced Dragon Age vet Mike Laidlaw had joined the team to work on an unannounced game. Laidlaw actually served as creative consultant for nine months prior to the announcement, and then joined the Ubisoft studio as creative director. Laidlaw moved his family from Edmonton to Quebec for his new role.

Now little over a year after the announcement, Laidlaw confirms he has left Ubisoft Qubec. "Today (Jan 31st) is my last day with Ubisoft. Huge thanks to the talented and welcoming folks at Ubisoft Quebec City for my time there. Now to take stock and figure out what's next!" Laidlaw said on Twitter.

This timing is strange and could mean multiple things. Perhaps there was a falling out between Laidlaw and Ubisoft Quebec over the project. Perhaps the game was cancelled, delayed, or put in the development freezer.

Whatever the case may be, Ubisoft has deleted the original announcement of Laidlaw's recruitment. The announcement URL now give a 404 Error. Luckily we found an archived copy and included it below.

This news comes at an interesting time for Ubisoft, who is shaking things up on a big executive level. Ubisoft's main editorial team, a group of high-ranking creatives who oversee the future visions of big franchises, just expanded tremendously in a bid to make each game release more unique and interesting.

It's possible this shake-up is responsible for Laidlaw's departure, and that the changes interrupted development of the project. Or that the shake-up helped accelerate development in a way that finished the project.

Ubisoft currently has 9 major AAA games planned for release across the next two years, many of which have been unannounced. It's confirmed that its future games will also make a splash on next-gen PlayStation 5 and Xbox Series X consoles.

Whether or not Laidlaw's project is among those games remains to be seen.

After a successful fall season marked by the release of its critically acclaimed Assassin's Creed Odyssey, Ubisoft Quebec ends the year on a high note by welcoming Creative Director Mike Laidlaw into its studio.

Involved with the studio for the past nine months as a Creative consultant on an unannounced new project, the Edmonton-based developer decided to move his family and take up residence in the Quebec City area.

"From day one, I was blown away by the talent, the creativity and the passion of the Quebec team" said Mike Laidlaw. "Over the past few months, I also discovered the city and its welcoming people, which convinced me to move here and officially join Ubisoft Quebec."

Mike has worked in the video game industry for 14 years. At Electronic Arts' BioWare studio in Edmonton, Alberta, he was the Creative Director of the Dragon Age series for 8 years. Prior to his work as Lead Designer on Dragon Age: Origins and Dragon Age II, Mike played a key role in the development of other BioWare titles, such as Jade Empire, Mass Effect, and Sonic Chronicles: The Dark Brotherhood. Most recently he was the Creative Director for 2014's Game of the Year Dragon Age: Inquisition. For the past few years, Mike has been exploring and supporting independent titles on his popular Twitch channel: twitch.tv/Mike_Laidlaw.

"We are thrilled to welcome Mike into the Ubisoft Quebec family", mentioned Patrick Klaus, studio Managing Director. "With his vast experience and his unique creative vision, we know he will bring something bold to the studio." Senior Producer Jeff Skalski added: "Having Mike join our team and studio is a game changer and we're excited to have him onboard. He's the perfect fit for our project and I can't wait for everyone to experience the results."

Mike Laidlaw joins Ubisoft Quebec at a key moment for the studio, with the recent announcement of the creation of 200 new jobs and the opening of a second site in the Saint-Roch neighborhood. Over the past three years, Ubisoft Quebec successfully led Assassin's Creed Odyssey, the latest installment of the popular franchise, which hit stores on October 5, 2018. With its growing teams and the momentum on their side, Ubisoft Quebec thinks big and promises to keep on creating outstanding worlds, both immersive and innovative.