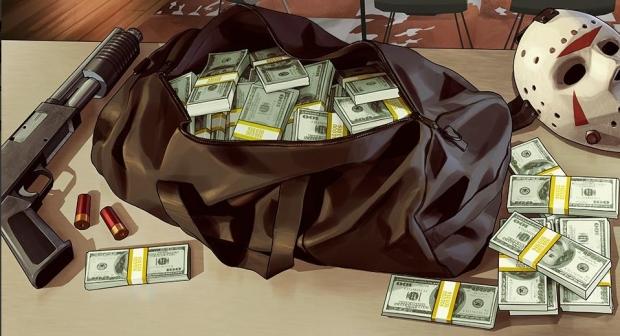 Today Take-Two Interactive announced its Fiscal Q2'20 earnings, and once again GTA V continued to outperform expectations. Rockstar's mega-hit has now sold more than 115 million units worldwide (which is larger than the PS4's entire installed base) and continues generating consistent microtransaction revenues for the company.

We didn't get exact figures on GTA Online's revenues, but total recurrent consumer spending (microtransactions, DLC, season passes, etc) in Q2'20 made up 37% of total GAAP net revenues of $857.8 million, which means Take-Two pulled in $318.38 million from recurrent consumer spending. In order, the biggest contributors to this value were Borderlands 3, NBA 2K20 and NBA 2K19, and GTA Online and GTA V, meaning Rockstar's colossus made less than the newer sports and shooter-looter titles insofar as microtransactions.

To date, GTA Online has made more than $1 billion in microtransaction revenues.

"Grand Theft Auto V and Grand Theft Auto Online once again exceeded our expectations, delivering the best quarter yet in respect to daily, weekly, and monthly active users, and our best summer ever in terms of online users and new users overall," Take-Two CEO Strauss Zelnick said in the call.

"Recurrent consumer spending on GTA Online grew 23% YoY to a new record, driven by the July release of the Diamond Casino Resort update. This update was GTA Online's biggest content launch ever, delivering record daily, weekly, and monthly active users in July and again in August."

As a result of GTA V's strong performance and other titles like Borderlands 3, Take-Two has made the following adjustments to its FY2020 forecast:

"The largest contributor to net bookings are expected to be NBA 2K, GTA Online and GTA V, Borderlands 3, RDR2 and RD Online, The Outer Worlds, Sid Meier's Civlization 6, and the WWE2K series," Take-Two CFO Lainie Goldstein said during the call.

"We now expect Grand Theft Auto Online to grow in Fiscal 2020 as a result of better than expected performance fiscal year to date and improved outlook balance for the year."

Take-Two says Rockstar will provide lots of new content to GTA Online and Red Dead Online in the years to come, indicating there's no end in sight for the game.