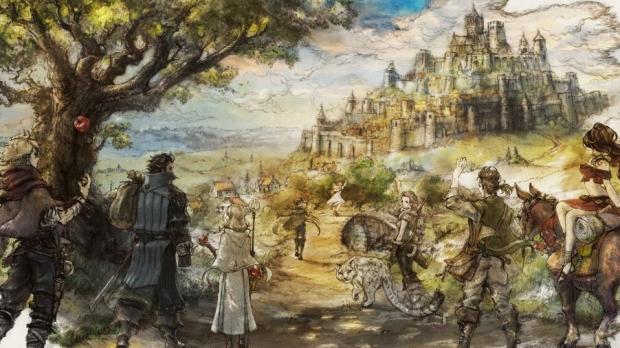 All too often big publishers shy away from new IPs to focus on big franchises. Activision-Blizzard is pretty much exclusively making sequels in core IPs, but Japanese games-makers are taking a different tact. Today Square Enix revealed its FY2018 financials, and they weren't too good: operating income was down 35%, and total profits dipped by 28%. But the company's earnings slips aren't inspiring Activision-Blizzard's tunnel vision. The publisher promises to put even more emphasis on new series and franchises to help generate more sales.

"We will aggressively invest in new IP on an ongoing basis to enrich our portfolio and enable sustained growth," Square Enix said in its latest earnings brief.

Square Enix has also confirmed that a sequel to one of its most successful new IPs, Octopath Traveler, is in the works. Other new IPs include Babylons' Fall from PlantinumGames, as well as a new project from Bulletstorm devs People Can Fly.

Some of these new games may use Octopath Traveler's stylized HD-2D graphics to usher in a new renaissance of old-school JRPG gaming. 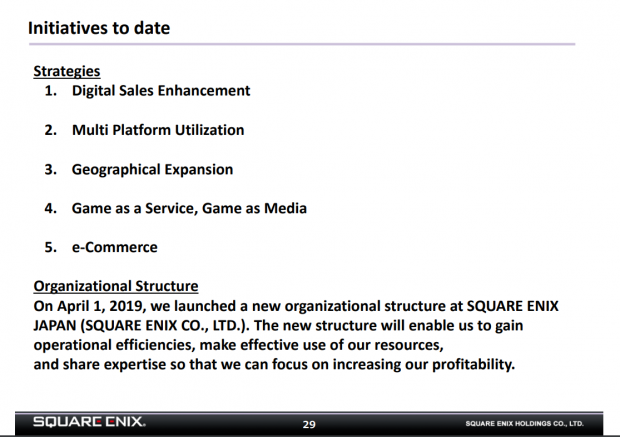 Square Enix is planning for a big future, and we may not see its most anticipated games release until 2020 at the earliest.

Its recent financials indicate that Final Fantasy VII: Remake and the new Avengers game from Crystal Dynamics won't launch until after April 2020, accompanied by a huge earnings spike during that FY2020 period.