Volition could announce the next big Saints Row game at E3 2019, or the publisher could just bring more games to the Nintendo Switch. 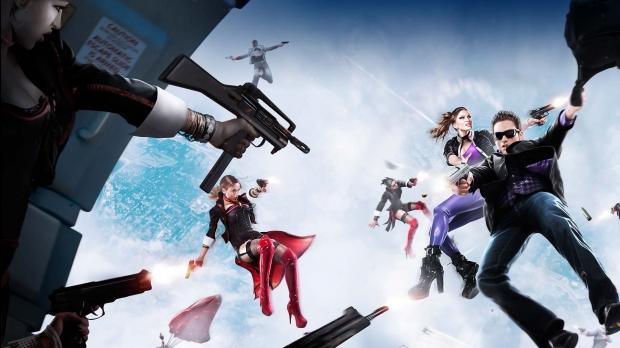 Today Deep Silver said something interesting on Twitter that could be taken a few ways. "Subscribe to the official Saints Row YouTube channel so you don't miss a thing...we have exciting things ahead for the Saints, you don't want to miss out!" reads the Tweet, prompting speculation of and incoming Saints Row V reveal. E3 2019 is on the horizon after all, and THQ Nordic and Deep Silver will be in tow with games and announcements.

Volition, the devs behind Saints Row, are also working on a new ambitious project, further lending credence to a possible reveal. In late 2018 THQ Nordic confirmed Volition is developing a "top secret AAA project." Nothing was confirmed but we're betting Volition is focusing on Saints Row after its experimental new IP Agents of Mayhem failed.

This Tweet could be taken out of context though and doesn't necessarily indicate a new game reveal is on the horizon.

Maybe Deep Silver wasn't teasing Saints Row V and instead reminding gamers to check out more content on its social media channels. After all, Saints Row The Third launched on Nintendo Switch today.

The publisher could also be teasing more ports for the Switch, including the hilariously fun Saints Row IV.

A new Saints Row movie adaptation is also happening. Friday director F. Gary Gray will direct the film and we might get more info sometime soon.

THQ Nordic will undoubtedly showcase a handful of its new games at E3 2019. The company currently has a massive 51 games in development, and 34 of them have yet to be announced. Hopefully one of them will be Saints Row V...but Volition might not be ready for that yet.