CES 2019 - NVIDIA had one hell of a surprise for gamers during its CES 2019 press conference, with NVIDIA CEO and founder Jen-Hsun Huang announving that it will soon support variable refresh rate (VRR) on FreeSync gaming monitors starting January 15.

This is absolutely shell-shocking for the industry, as NVIDIA has its own G-Sync modules and approved gaming monitors on the market and is now going open market through a small software update. The company will be expanding compatibility to more AMD FreeSync-based monitors as it will be testing hundreds of monitors to meet its stringent quality standards. Right now just 12 FreeSync monitors tested were good enough to slap G-Sync support behind it, out of a test involving over 400 monitors.

The company has a list of FreeSync monitors it supports, with all of them being high refresh rate (120/144/240Hz) and in Acer, AOC, ASUS, and BenQ panels. 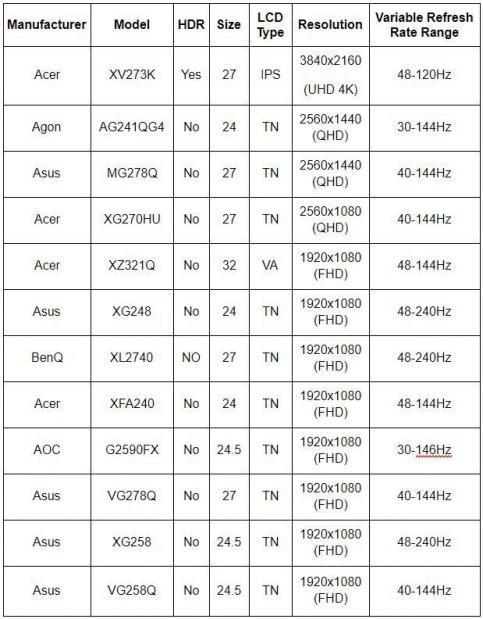