We keep hearing about Sony's next-gen PlayStation 5 console and that Radeon Technologies Group has been co-developing its next-gen Navi GPU for the PS5, but now we're hearing a little bit more on Microsoft's next-gen 'Xbox Scarlett' console.

During an interview with LevelUp, Xbox boss Phil Spencer said he was "very excited" about Microsoft's plans for the next-gen Xbox consoles. Spencer said: "The reason I love the consoles that we build is because I think we can build very special consoles. I see it today with Xbox One X and how games run on the Xbox One X; I think it's a fantastic place to play. When I look at our future plans, I am very excited about what we are going to do in the console space".

This sounds like generic marketing speak for 'yeah, our next-gen consoles will be better' but Spencer hasn't provided much to go on here. We all know the next-gen Xbox will be better than the previous-gen Xbox, anyone with a couple of brain cells can work that out. But, will the next-gen Xbox Scarlett console be a large leap over what we have with current-gen Xbox consoles, even up to the beefier Xbox One X?

AMD should be providing a Zen-based 8C/16T processor for both the Xbox Scarlett and PS5, as well as as Navi-based GPU design. My sources have said AMD/RTG are working closely with Sony on a semi-custom chip based on the Navi GPU architecture, while a Zen-based 8C/16T processor will be used. It'll be a helluva jump over the current-gen Jaguar-based CPU inside of the Xbox One and PS4 families of consoles (all models feature a Jaguar-based 8-core CPU).

It's dated, inefficient, and just not good in 2018 and beyond. The move to Zen and Navi should give both console makers a huge leap in overall system performance, not just in GPU heavy tasks like games. The 8C/16T processor would be a massive jump for virtually everything console-wise from the OS to larger levels and improved AI in games. The Navi GPU will be an equal jump, and that's what I'm looking forward to seeing more of.

We should expect some rumbles of Xbox Scarlett and PlayStation 5 at E3 2019 hopefully. 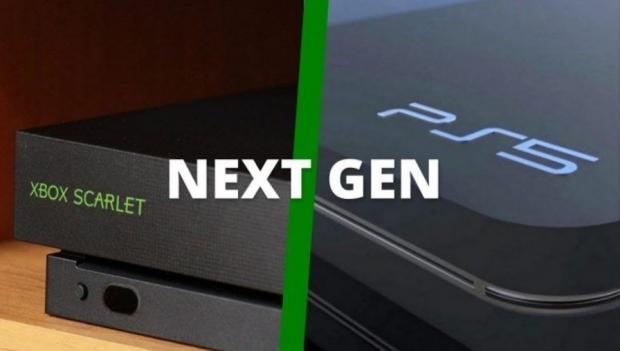