The launch for Red Dead Redemption 2 is about to be upon us, but ahead of it we already have leaked gameplay footage from the title. A whole 20 minutes of it as well.

The video has been released by the YouTube Channel 'Shousinen', who appears to have already gotten his hands-on a copy of Red Dead Redemption 2. From the video we can see the player making some fairly questionable decisions, robbing cashiers, gun fights and more.

The video showcases the player tracking down a deer and hunting it through the snow, might I just say, despite the video being rendered in quite poor quality, the tracking of the snow around the players' character does look incredible. I also couldn't pass up on mentioning the fact that players can put their horses out of misery if they are injured, we can see in the video the player stabbing his horse in the heart after it was clipped during a gun fight.

Included within the 20 minute video is also a short look at the first-person view the game will be arriving with. Closer to the end of the gameplay footage we can see the player ducking in and out of first-person to third-person. Personally, the field of view in first-person mode seems slightly off-putting to me, I believe most players will decide to play Red Dead Redemption 2 in third-person, or more accurately, the 'over the shoulder' view. 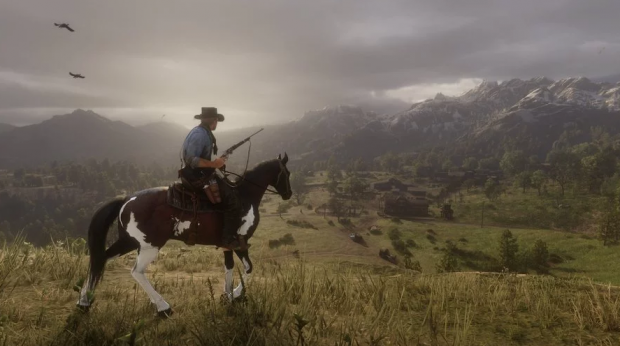