The launch for RockStar Games' highly anticipated title Red Dead Redemption 2 is imminent and just two days out from the official launch the full map has been leaked.

The image has been leaked through Reddit users 'Mco_yum_yum' and 'tomcruise_momshoes', who have shared an image from the titles official game guide. From the image, we can see that Red Dead Redemption 2 will be containing some of the first games map, we can see Flat Iron Lake, Tall Trees and Armadillo.

In the entirety of this post, Reddit user tomcruise_momshoes has provided an image with the map of the first Red Dead Redemption attached to the leaked image. This gives a great comparison estimation to how much bigger in scale the game will be in terms of map size, of course no one will officially know until players jump into the world for themselves. Since Red Dead Redemption 2 has weighed in at 105GB for the PS4 and 88.15GB for the Xbox One, the title will be shipping on two discs, check that story out here. 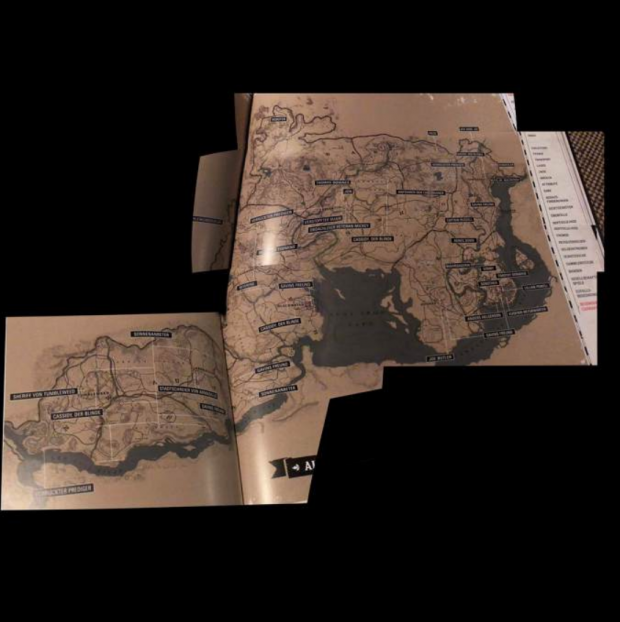