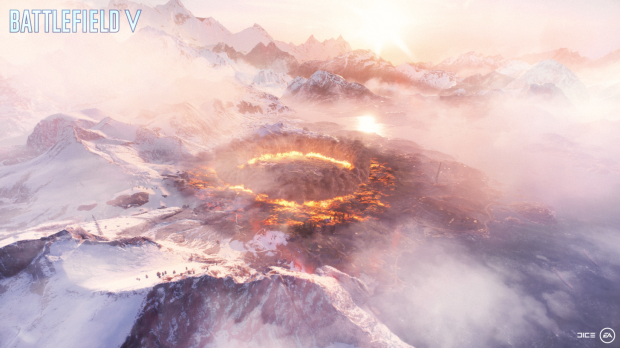 Considering DICE isn't making Firestorm it's possible this delay is to ensure the mode is polished and mechanically optimized ahead of release.

With 64-players and team-based chaos, Firestorm is Battlefield V's take on battle royale. The gametype will span a huge map that sees 4 teams of 16 players working together to become the last men standing. "In Firestorm, 16 teams of four will fight it out to become the last squad standing on the largest Battlefield map ever: a sandbox filled with destructible buildings, weaponry, and vehicles. This is royale done the Battlefield way," DICE said while describing Firestorm.

Firestorm: During spring, DICE and Criterion start the fire with Battlefield V's battle royale experience. Firestorm elevates the mode by bringing in the best of what Battlefield is known for. Mix a shrinking playing field with trademark Battlefield elements such as team play, powerful vehicles, and destruction, and you get many unique Battlefield moments coming your way. 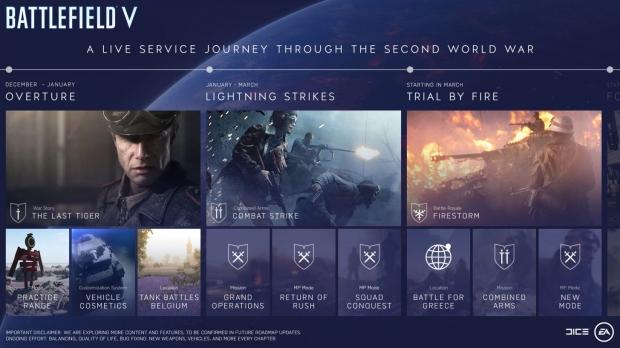 The roadmap also confirms Combined Arms co-op missions will release starting in January 2019. Combined Arms was originally delayed to post-launch. Remember that all post-launch content will be free thanks to cosmetic microtransaction funding.

Battlefield V's War Stories will also expand just a month after release in December with the last chapter, Tiger Strike. This is surprising considering the story-driven chapters are the only pull for singleplayer content--I expected EA and DICE to stretch these out a bit farther.