As you may already know the project that Bethesda has taken on with Fallout 76 is quite on the larger side, especially when it comes to map size. Curious to see how big the map is? Well, an image has been released which can give you a rough idea. 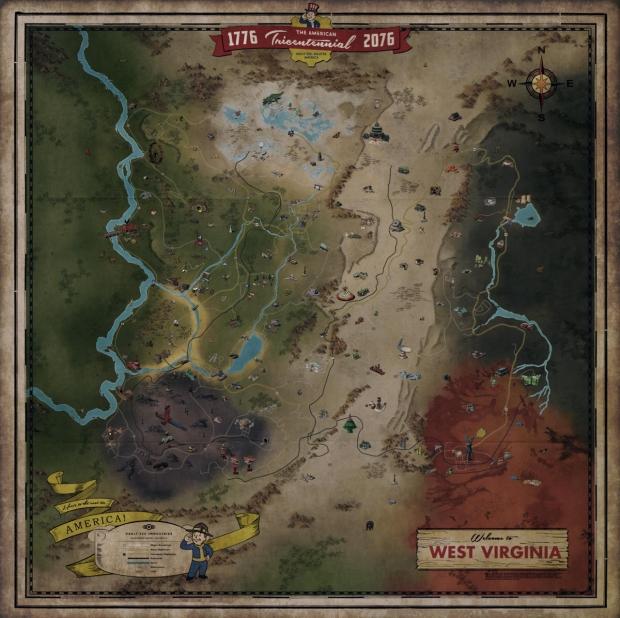 For those that didn't know, Fallout 76 will be Bethesda's biggest Fallout project yet. Taking the game from what was a single player experience, to now an always online-multiplayer game in a world four times bigger than that of Fallout 4. Players will more options that they can ever dream of in Fallout 76.

As you can imagine, players would not be able to feel the true size of the world until they are actually playing the game, or at least a coming beta. Luckily, GameSpot has gotten their hands-on the title at a recent event and has captured the in-game map and boy, does West Virginia look large. From the above image we can see the legend indicating major roadways, highways, railroads, rivers, structures, landmakrs and even enemies (alligator?). In other news about Fallout 76, if you haven't seen the online multiplayer gameplay footage, check that out here. If you also happened to miss the "Welcome to West Virginia" gameplay video, visit that here.