Bethesda has released footage of the Fallout 76 online multiplayer experience, showcasing that players will be able to choose whether they work together or tackle the massive world as a lone wolf.

The video was originally displayed at Bethesda's E3 Showcase and for those that missed it the video has been uploaded to the Bethesda Softworks YouTube Channel. The video displays that players will be able to "Create your character with the S.P.E.C.I.A.L system and forge your own path in a new and untamed wasteland with hundreds of locations."

Players will be able to choose whether they take on enemies as a team or take on each other in the barron wastelands. Massive enemies can also be spotted throughout the gameplay, some seem to be close to what a boss-level fight would be. It's not all blood and gore though, friendly scenes are seen as well with players performing a selection of emotes towards eachother. For further information visit the official Fallout website here. 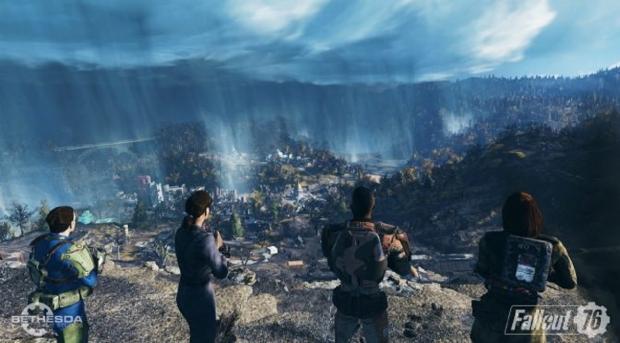