Intel has hosted its event in New York City to unveil their new 9th generation Core range of processors, with the introduction of the new 9th Gen Core and Core X-series CPUs. 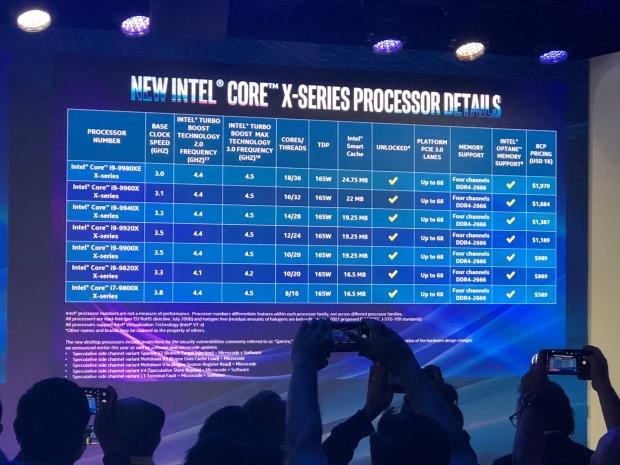 Having up to 68 PCIe 3.0 lanes will offer power users some seriously flexible systems, with 4-way GPUs able to each have 16 lanes each. The ability to throw multiple 10GbE PCIe cards becomes a reality, as does Thunderbolt 3 and other PCIe-based expansions.