Rockstar and Sony have teamed up to offer a PS4 Pro bundle that comes with a physical copy of Red Dead Redemption 2. 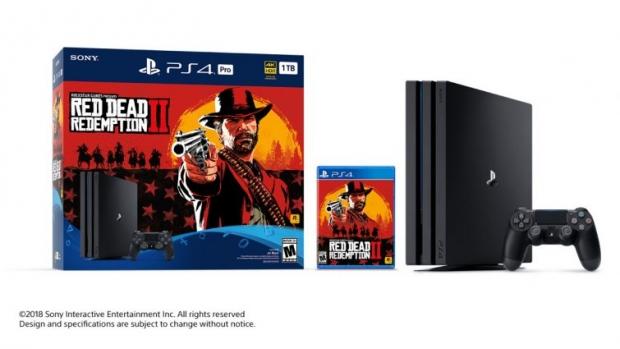 The new bundle isn't a special edition so don't expect any Western-style gold bar finish or inlaid shooting irons on the console, but what's surprising is its cost: it actually retails for the PS4 Pro's base MSRP of $399. So you effectively get RDR2 for "free". Another surprise is that it comes with physical media, especially since Take-Two has been pushing digital so much. It's definitely a nice touch and I hope the 1899 Western shooter comes with an expansive map.

Sadly the base PS4 model won't have any such bundle. But this makes a lot of sense considering Red Dead Redemption 2 was built from the ground up to harness every bit of the PS4 Pro's enhanced power and deliver dynamically-scaled 4K HDR gaming. Rockstar has confirmed it won't run at 60FPS on consoles, though, instead targeting 30FPS (which is par for the course for open world games). Sure RDR2 will play on an older PS4 model, but it'll play and look best on a PS4 Pro (and an Xbox One X).

Take-Two and Sony revealed a marketing relationship way back when the first trailer dropped, and all of the early playable previews were running on a PS4 Pro devkit.