News has surfaced regarding an animated series being in development at Netflix, IGN and Variety have reported that officials from both companies are in the "final talks" about the show. 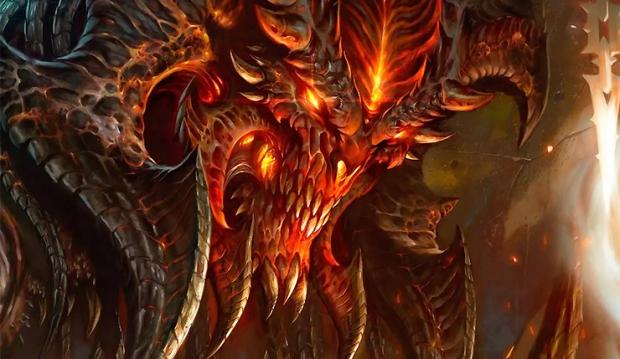 BOOM! Studios Co-founder and writer Andrew Cosby has taken to his Twitter with a now deleted tweet to confirm his involvement in a new Diablo animated TV series project with Activision Blizzard and Netflix. The tweet has now been removed but luckily someone managed to grab a screenshot of it before it was removed, it reads as follows "I guess I can confirm I am indeed in final talks to write and show-run the new Diablo animated series for Activision and Netflix. It's very exciting and I hope to the High Heavens it all works out."

IGN reached out to Netflix for a comment on the matter and Netflix responded with "no comment", the reaction of both Activision Blizzard and Netflix showcases that the deal isn't at 100% completion as of yet, but I'd say it is most likely going to happen sometime soon. Video game fans may have already noticed the animated Castlevania TV series that is on Netflix, the success of that show may have sparked an idea with the universe of Diablo and the already very loyal fan base that follow it. In other news about Diablo, the Diablo III Eternal Collection is on the way to the Nintendo Switch, check that story out here if you happened to miss it. 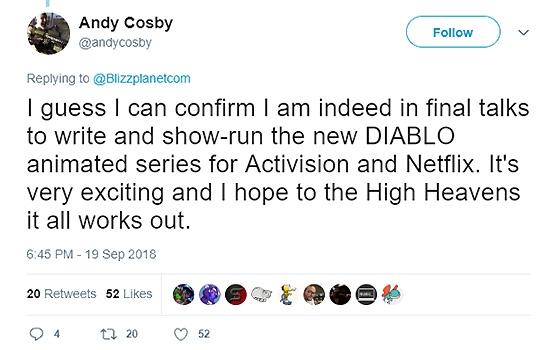