Back in early March we were teased by Blizzard for a port of Diablo III coming to the Nintendo Switch, now the title has been confirmed and will be arriving with some spliced Nintendo features. These features will sadly not include Link, but instead his nemesis, Ganondorf.

Nintendo and Blizzard have combined forces to bring Diablo III: Eternal Collection to the handheld console and they won't be just stopping there either. Nintendo wouldn't be Nintendo if they didn't chuck in some of their own features for their die hard fans, so both companies decided to implement Ganondorfs armor as a transmogrification. Ganondorf is of course the famous villain in The Legend of Zelda series, the implementation of his armor sparked curiosity to whether we were also going to receive the same treatment with some Link gear.

Unfortunately, this will not be the case as a Blizzard representative has told Comic Book that "there will be no Link gear coming to Eternal Collection." This decision is mainly due to the nature of Link and that Ganondorf fits more seamlessly into the world of Diablo, "We tried a variety of different ideas in testing, but ultimately we felt that Ganondorf best fit the world of Diablo." Diablo III: Eternal Collection will be releasing on the Nintendo Switch on November 2nd. 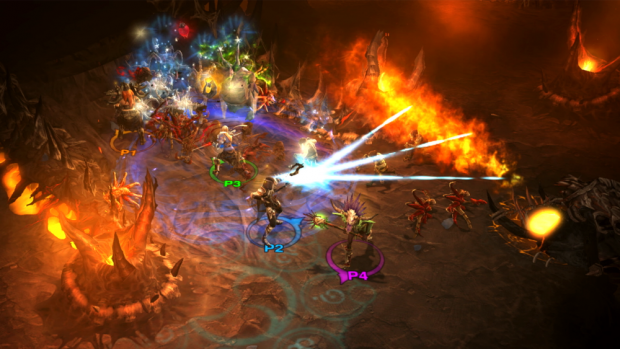