Bandai Namco has released a new trailer for their upcoming Soulcalibur VI, the trailer introduces The Shell of once a Proud man, make way for Cervantes as he craves for the power of Soul Edge.

Even though most Soulcalibur players knew that Cervantes would eventually be revealed via a trailer, it is still good to regardless see him officially launched. From the trailer we can see Cervantes wielding his two swords Acheron and Nirvana, one is a dagger that which has a concealed pistol in the hilt and the other is a pirates longsword.

If you have happened to miss the previous Soulcalibur VI character reveal trailers, check out Tira and her Ring Blades of Doom here. There is also the very iconic and memorable Maxi, check him and his nunchaku out here. Not to mention Sigefried, Taki and Geralt trailers there is also a storyline trailer been released, visit that here. 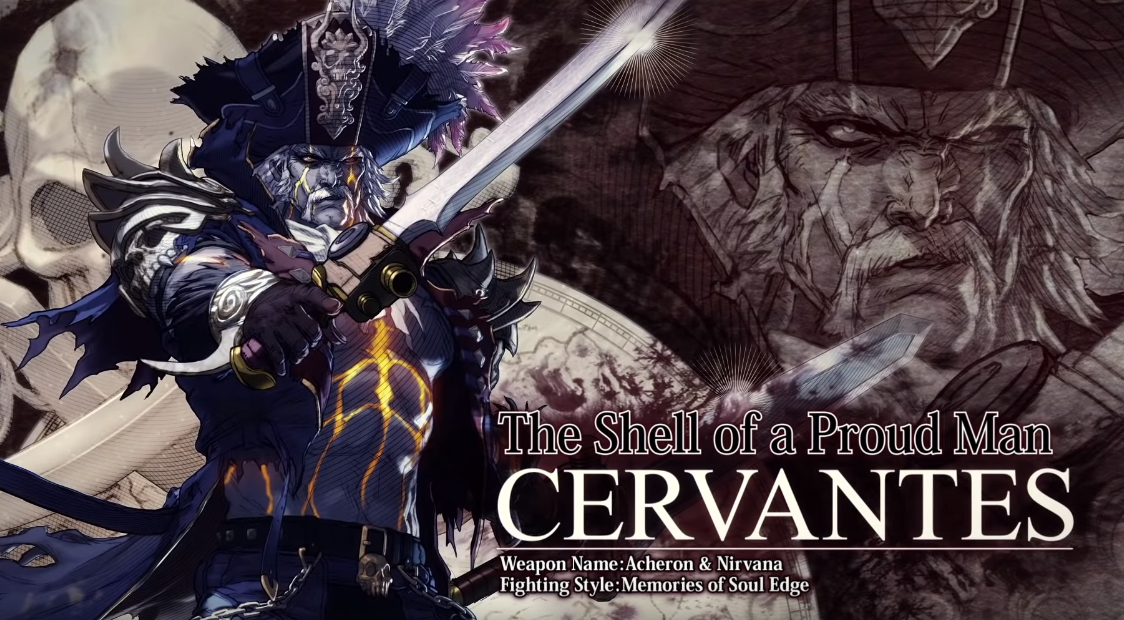