Studio MDHR Entertainment released Cuphead back on the 29th of September 2017, just three months later in December it was reported that the title had already sold two million copies. Now, Studio MDHR has announced via their Twitter that Cuphead has reached 3 million copies sold worldwide, to celebrate this achievement the developers have provided users with a limited time sale.

The sale will be running for a full 42 hours and will be providing gamers that haven't already picked up Cuphead with a 20% discount, bringing the price down from $19.99 to $15.99. The sale is available on the Steam Store as well as the Xbox Live Store. If you don't know what Cuphead is here is the official Steam listing description: "Cuphead is a classic run and gun action game heavily focused on boss battles. Inspired by cartoons of the 1930s, the visuals and audio are painstakingly created with the same techniques of the era, i.e. traditional hand drawn cel animation, watercolor backgrounds, and original jazz recordings." If you are interested in picking up Cuphead, the official Steam Listing can be found here. 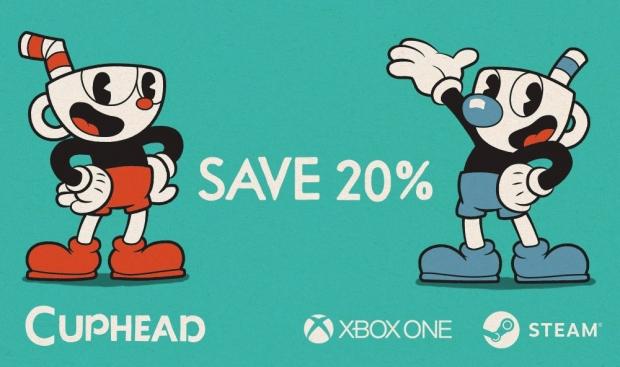