Focus Home Interactive, the publisher behind the recently released Vampyr title have come forward and announced that they are pushing the 500k unit sales mark, with the title currently sitting at 450k unit sales in just one month. 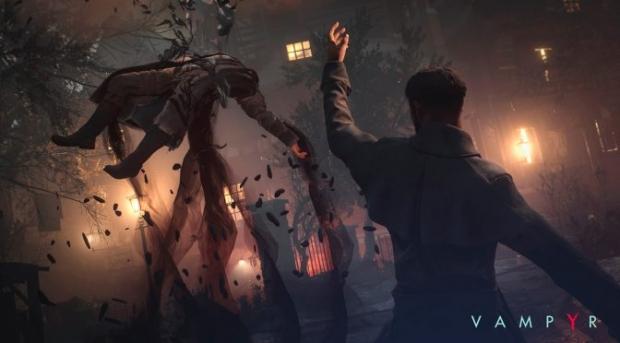 The publisher sent out a press release that details the games achievements so far. According to the press release, the week that Vampyr was released it topped the weekly game sales in countries such as France, the United Kingdom and Germany. Oskar Guilbert, the CEO of DONTNOD Entertainment, the independent French developer who created Vampyr has spoken out about the titles success, saying "We are very proud, because since its launch, our last original creation meets a great craze among players. Thanks to our new role as co-producer, we will greatly benefit from this commercial success."

Focus Home Interactive said back in November that Vampyr cost them between 10 - 15 million euro to develop, this works out to be around $11.5 - $17.5 million USD. They also said that for Vampyr to be a profitable in anyway they would have to sell upwards of 500k units, and for the title to be deemed a success they would have to push the 1 million unit mark. If you are interested in our thoughts about Vampyr visit our review here, or for more news about the title visit the official website here.