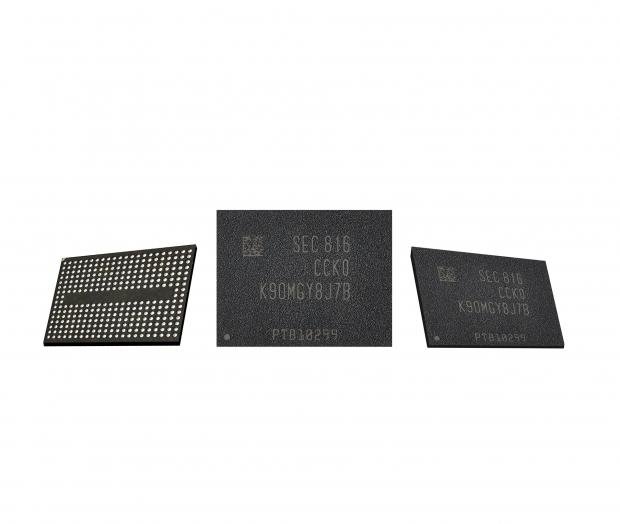 Samsung must not like paying second place to Micron's new 64-layer flash memory found in products like the MX500 and SX8200. The company just announced mass production of 5th generation V-NAND memory with a new high-speed memory interface, lower power, and another massive reduction in write latency.

This is Samsung's first 96-layer memory but the current production version will not increase SSD sizes. Samsung chose to build 256Gbit die (32GB) first, the same size used on most Samsung consumer SSDs today. The press release went on to mention a future 1Tbit (128GB) size to follow soon in both TLC and QLC flavors.

The new 96-layer memory places emphasis on power, performance, and we can easily assume cost from the new vertical stack height that should reduce the physical X, Y size on the wafer.

Samsung moved the new memory to a Toggle DDR 4.0 interface with up to 1.4 Gbps performance back to the controller. This is a 40% increase over 4th generation TLC memory. The new memory features the highest write speeds to date with just 500-microsecond latency, a 30% reduction from the previous generation.

"In addition to the leading-edge advances we are announcing today, we are preparing to introduce 1-terabit (Tb) and QLC (quad-level cell) offerings to our V-NAND lineup that will continue to drive momentum for next-generation NAND memory solutions throughout the global market."