E3 2018 - Battlefield V is going to be one of the biggest games of the year, with NVIDIA showing the game off and how it will play on the PC powered by their enthusiast level GeForce GTX 1080 Ti with the new Grand Operations game mode.

The new game mode was displayed on the Narvik map, which you can see in the above video. NVIDIA is powering Battlefield V with Game Ready drivers and Optimal Playable settings and I'm sure visuals that will blow our minds once it's on our PCs and powered by NVIDIA's new 4K 144Hz monitors and BFGDs... oh yes.

Grand Operations sees you using your claw hammer or "Build Tool" to build things, kind of like Fortnite, to defend yourself from the enemy. You will have to hold a position against the enemy in Narvik (and any other map in Grand Operations) where you can build sandbags and other cover for your allies so you can continue pushing up towards the point.

You can board up windows so that it allows your snipers to pick off far away enemies, or a maze for enemies to get stuck in or funnel them into a dude laying prone on the ground wiping them away with a machine gun. This is what I can't wait to see - all of the different ways of killing people with the new tools at your disposal.

Grand Operations sees you playing over 2-4 days of battles, where you will have resources (on either side of the teams) to contend with. The matches depending on how good the other team is, will last between 30-60 minutes with an average game taking around 45 minutes to complete. It could take over an hour depending on the battle, which is really going to change Battlefield V compared to previous games in the series.

At the end of the first day, each side receives more units and resources depending on the amount of points that were either captured, or defended. As you push through the levels, you will reach new landmarks and features that will provide new gameplay elements such as tunnels, hills, trees, bushes, houses, and towns.

Remember that Battlefield V features an elevated level of destruction so don't think you'll feel safe hiding in a house when a tank comes rolling into town. This means the battlefield is in a constant state of flux, changing the gameplay in real-time which is how Battlefield should be.

Battlefield V launches on October 19 for the Xbox One, PS4, and PC. 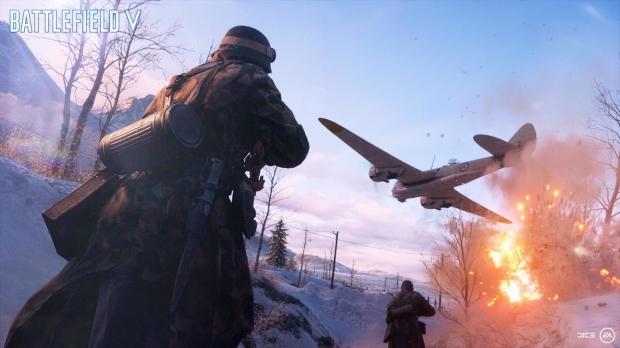