Battlefield V is surely going to be one of the biggest games of 2018, but what type of PC will you need to play in that gloriously WWII-set battlefield? Not much, at least with the preliminary PC system requirements. 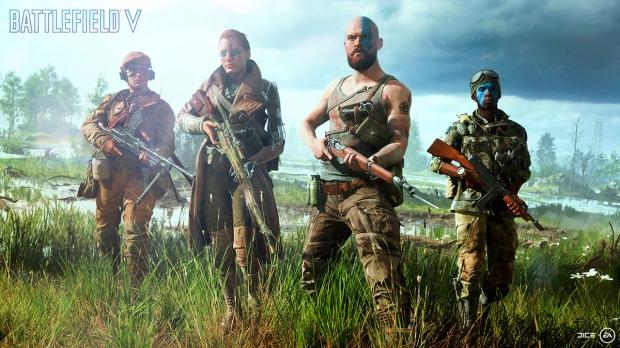 EA requires that you have an Intel Core i5-6600K or AMD FX-6350 processor, with 8GB of RAM and 50GB of HDD space. As for graphics cards, you won't need the latest and greatest to run it - only if you want those high frame rates and resolutions, especially 4K 144Hz G-Sync gaming monitors and 4K 120Hz G-Sync TVs coming soon from NVIDIA with their Big Format Gaming Displays (BFGDs).

You'll need an NVIDIA GeForce GTX 660 or AMD Radeon HD 7850, which isn't too bad at all. I'm sure there's going to be lots of graphical bells and whistles that we'll be able to tweak and max out, for next-gen GeForce GTX 1180 and GTX 1170, as well as all current-gen GTX 10 series graphics card owners.