On the heels of multiple rumors, EA and DICE have announced Battlefield V's existence...but official details are still sparse. 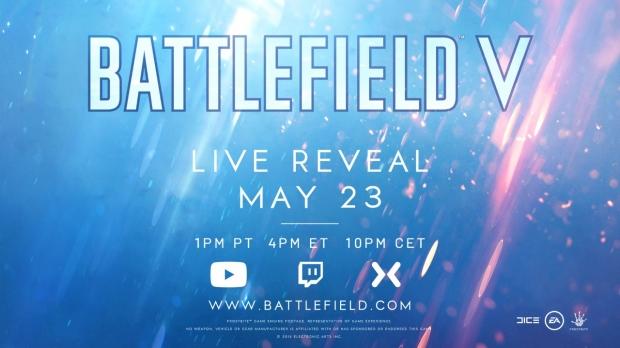 Battlefield V is one of the many games that will see a pre-E3 reveal this year. EA today confirmed Battlefield V will be the next game in the series and assured gamers that "Battlefield will never be the same." A full stream showcasing the game's mechanics, setting, and content will go live on Twitch, YouTube, and Mixer next Wednesday, May 23 at 4PM EST.

While sources say Battlefield V will take place in World War II, it'd be interesting if the "V" stood for "Vietnam." But given the leaked images came from the same sources as the WWII info this is probably not the case.

Battlefield V may feature similar monetization models as previous games in the franchise including microtransactions as well as season pass macrotransactions. Other reports claim the game will also have a battle royale mode to boot, as well as an episode co-op driven campaign story.

In a quarterly earnings call EA CEO Andrew Wilson hinted that Battlefield V will have multiple "stories" in its campaign: