Having already launched on PS4, Xbox One, PC, and soon mobile phones, Studio Wildcard has one more destination in mind for its dino sim: the Nintendo Switch. 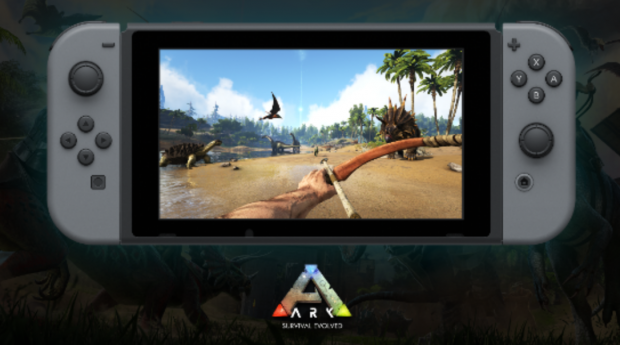 The devs behind ARK: Survival Evolved have announced the game is coming to Nintendo's fresh handheld-console hybrid complete with all content and features of the original game. That means the huge open-world island with a huge smattering of prehistoric dinos to tame and ride and multiplayer-based exploration and crafting--not to mention survival in the brutal tech-infused world. There's no word on whether or not ARK's Switch port will feature cross-play with other platforms, but it's interesting that more online-oriented games are shifting over ahead of the console's official premium online subscription.

The biggest benefit of ARK (and any game) coming to the Switch is that players will be able to take their progress on-the-go, albeit in an offline singleplayer-only capacity (unless you want to destroy your cellular network bill).

"With this new version, Switch players can go directly from hunting and taming while sitting on the couch, to forming online tribes and searching out new conquests when on the bus, waiting in line, or wherever they happen to be."

ARK: Survival Evolved's Switch port will be co-developed by Abstraction Games, and a release date has yet to be announced.