Studio Wildcard announces that ARK: Survival Evolved will make its way onto mobiles as an expansive port. 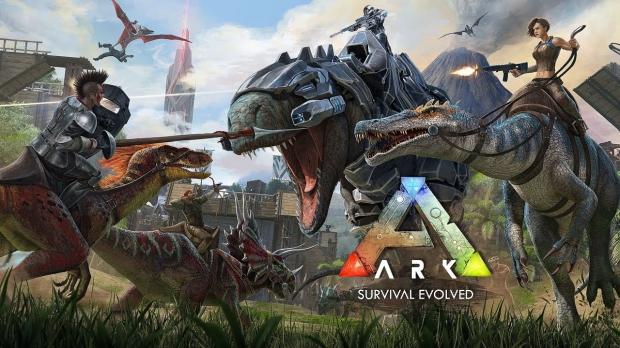 ARK is indeed coming to Android and iOS, and War Drum Studios (the devs behind mobile ports of Bully and GTA) have been conscripted to bring the "entire ARK MMO survival experience" to smartphones and tablets. The mobile port will feature both singleplayer and multiplayer action, and follow the recent news of the series' voxel-based spin-off PixARK, which aims at engaging and enticing the Minecraft community.

"Designed and developed by War Drum, ARK: Survival Evolved mobile is free-to-play and puts the genre-defining adventure in the palm of your hand, letting you join forces with tens of thousands of other dino-hunters," reads a press release. "This on-the-go version features the full online survival experience contained in the PC and console versions of ARK, including a gigantic island to explore, 80+ dinosaurs and primeval creatures to tame and train, multiplayer tribe mechanics, and of course, crafting and building!"

A limited closed beta test is being held on iOS and the full game is slated for release later in Spring 2018 for both Android and iOS. You can sign up here if interested.