Today I've seen reports that Red Dead Redemption 2 will be delayed possibly as far as September 2018. I'm quite confident this is wrong, and here's why.

Yesterday Take-Two Interactive announced its third-quarter earnings for 2017 (which were quite amazing, read more here), and re-confirmed Red Dead Redemption 2's release for 2017. "Looking ahead, our Company has a robust long-term development pipeline and is better positioned for success than at any time in its history," Take-Two CEO Strauss Zelnick said. "We expect to grow both bookings and net cash provided by operating activities in fiscal 2018, driven by our release slate led by Rockstar Games' highly anticipated launch of Red Dead Redemption 2."

Red Dead Redemption 2 is slated to release in Fall 2017, which usually translates to September or October. Fall 2017 is part of Take-Two's Fiscal Year 2018 (FY2018); the FY2018 fiscal year starts on April 1, 2017 and ends on March 31, 2018. Now if Take-Two had delayed the game to September 2018, as this article postulates, that would be the next fiscal year, FY2019, not FY 2018. This would clash with the CEO's statements about high profitability for FY18, which would damage shareholder outlook.

"Take-Two has now confirmed that Red Dead Redemption 2 will launch in fiscal 2018, between October 1, 2017 and September, 2018. A specific release date was not confirmed," reports PSU, not understanding the company's actual fiscal year calendar.

These calls aren't just for the press or analysts--shareholders listen in on these calls. People that invest cash into the company listen to these calls.

So that means everything Take-Two says during any financial earnings call carries weight, so much weight that CEO Strauss Zelnick actually was quite tight-lipped about Red Dead Redemption 2 in general.

Strauss was asked two key questions about Red Dead Redemption 2's online mode and whether or not they'd interfere with GTA Online's earnings, and whether the mode would essentially mirror GTA Online. Zelnick danced around the question and didn't discuss it; but he did say that the company is "extremely excited about the game, and not just the game, but the online component as well."

Take-Two Chief Financial Officer Lainie Goldstein also confirmed that the company will continue spending revenue on advertising throughout FY2018, the bulk of which will likely be pushed on Red Dead Redemption 2.

"Announced that the highly-anticipated Red Dead Redemption 2 is planned for release worldwide in Fall 2017 for PlayStation 4 and Xbox One. 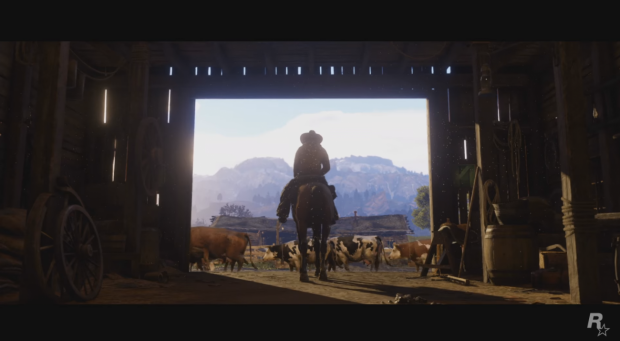 Secondly, Red Dead Redemption 2 has likely been in development for quite some time, and Take-Two expects it to be a massive earner for the company's FY18 financials.

Back in May 2016 we reported on an interesting little quote that confirmed Rockstar was working on something big:

"Looking ahead, we expect to grow Non-GAAP revenues and earnings in fiscal 2018, based on our robust development plan that extends well beyond the current fiscal year. Rockstar Games is of course hard at work on some exciting future projects that will be revealed soon," read a press release announcement issued out on the same quarterly earnings date.

There has been a marked lull in Rockstar releases since GTA V shipped in 2013.

Sure it's sustained GTA Online updates and rolled out a remastered GTA V on PS4 and Xbox One, but as far as actual new releases, it's been almost four years since something big came out.

Now Rockstar titles do get delayed--GTA V was announced in 2011 when development started in full swing. The key difference here is that development on Red Dead Redemption 2 started way before it's announcement in October, yet we don't have official confirmation on the actual development starting point. 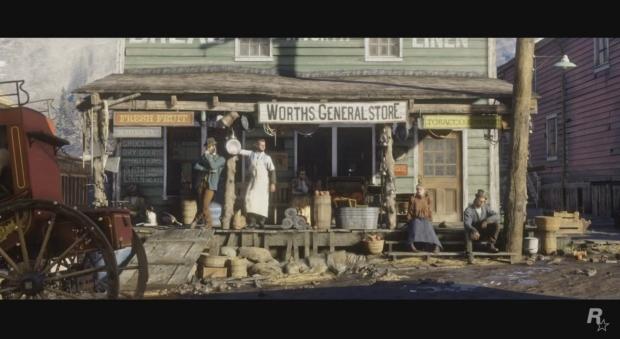 Here are a few more points and iterations Take-Two CEO Strauss Zelnick made during the recent Q3 2017 earnings call:

"We're not talking about our expectations other than we're obviously incredibly excited about the title--not just Red Dead, but the online offering to come. So Rockstar will talk more about the title but obviously there's a great anticipation on the part of ourselves and the consumers."

"The only think I think we've said in calls about FY 2018 is that we expect to see increases in bookings and cashflow.

"All we've said about the release schedule so far is of course Rockstar's Red Dead Redemption 2 and the fact that we expect to have our normal annual releases, and of course we'd expect to see our normal recurrent spending opportunities in catalog sales. But we haven't talked about anything else yet."

The last quote also sees Zelnick re-iterating his point about higher cash-flow and bookings (sales) earnings in FY18, which fits right in with hes comments about the upcoming fiscal year's high visibility and earnings potential.

Last but not least, we have a confirmation of the Fall 2017 release on Take-Two's most recent press release just to top it all off.

Based on all the evidence, I can confidently say Red Dread Redemption 2 will meet its Fiscal Year 2018 release. Whether that's in Fall 2017 or not remains to be seen, however, based on what I've reported above, I have confidence it will indeed not be delayed and meet its release.

Take-Two Interactive doesn't mess around, especially not on conference calls to shareholders. The publisher is one of the strongest forces in the games industry, and actually have engagement levels that sit just under EA.

I absolutely admit there's no 100% guarantee that Red Dead Redemption 2 will meet its release date, but when a company's CEO and key executives re-iterate certain points over and over, it really drives the key concept home.