Final Fantasy VII: Remake is still a long ways off, and there's no guarantee the game will even be shown off this year let alone shipped. What's more is the game is a multi-part series, meaning it won't be released all at once and instead launched in chapters. Given how long the Remake is taking, the episodes could end up on different console generations--provided the iterative cycle doesn't continue, of course. 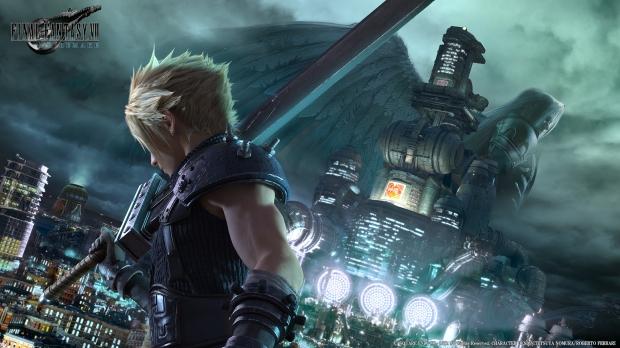 Remember when Final Fantasy 15 was supposed to come to PS3 as Final Fantasy XII: Versus? Many years later the game showed up on PS4 and never shipped on PS3 due to difficulties. Could something similar affect the new Final Fantasy VII: Remake? Will each episode basically end up its own self-contained game due to inconsistent performance and quality? According to game producer Yoshinori Kitase, the final chapter of FF7: Remake could very well be much different than the first chapter, creating a kind of fractured game-within-a-game sentiment:" target="_blank" rel="noopener">new Final Fantasy VII: Remake?

Will each episode basically end up its own self-contained game due to inconsistent performance and quality?

According to game producer Yoshinori Kitase, the final chapter of FF7: Remake could very well be much different than the first chapter, creating a kind of fractured game-within-a-game sentiment.

When Famitsu asked "should the production be prolonged due to being in multiple titles, will the rest of the titles maintain the quality from the first?" Kitase said:

"With the quality line set in place, it's our duty to carry on and protect it until the very end without having any disturbances for the episodes under production. But of course as we advance through the episodes, it'll only be natural to have quality that is fitting for the next generation [of when the episode releases]."

So what happens if the first chapter is released on PS4, and then Sony decides to bail on the iterative cycle and move to PlayStation 5. Will the Remake have a PS4 and a PS5 version? Or just a PlayStation 5 version? If this happens, it could jeopardize the game itself, or maybe even birth a unique kind of multi-volume cross-generation type of game.

Final Fantasy VII: Remake's chapters aren't meant to be standalone games, not really--they'll all tie to the same story. But would a disjointed, cross-generation series be a bad thing? Or could it end up being something rather interesting and unique?

At the same time, however, Square Enix says "FINAL FANTASY VII REMAKE will be told across a multi-part series, with each entry providing its own unique experience."

Read Also: Final Fantasy VII Remake will be a trilogy with 90 hours of gameplay

Honestly I'm worried about the game. And when I say game, I guess I mean all the games--all the chapters. I think it might take way too long and run the risk of being staggered, convoluted, and inconsistent. I hope I'm wrong, though.

On the other hand Sony and Microsoft are currently supporting the new iterative cycle, which sees an entire family ecosystem of consoles that all support games. The iterative cycle does have its own kind of generational gap in terms of power and hardware though: the PS4 Pro is leagues ahead of the original PS4 in terms of GPU power, and Microsoft's Project Scorpio will be even farther ahead of its original Xbox One and Sony's PS4 Pro contender.

So despite there not being traditional console generations at the moment, the power gap is still there, thus the games will absolutely look--and play--differently.

Kitase also had other tidbits to share during the interview, saying that the real-time action-based combat system has been "solidified," and that the team probably won't pull out the materia system (if they did that, they'd ruin the game!).

Yoshinori Kitase, Producer: We're currently brushing up the scene from the announcement trailer. We can now see the line of quality that we're aiming for more clearly, but there's still a ways to go.

Kitase: The base of it is solidified. Tetsuya Nomura is a given, and Mitsunori Takahashi who worked on the Kingdom Hearts series and Dissidia Final Fantasy series are going to work hard on it.

What will happen with the Materia system?

Kitase: There's still a lot that I can't say but we won't be removing any parts of the original Final Fantasy VII that was well-received.

I doubt Final Fantasy VII: Remake's first chapter will release in 2017, which is disappointing because this year marks the game's 20th anniversary.