Samsung has had another incident with a Galaxy Note 7 catching fire in China, after it had said Note 7 units sold in China wouldn't be affected, as the batteries in the Chinese model were sourced from a different supplier - and now, we might have found the reason behind the Note 7s issues. 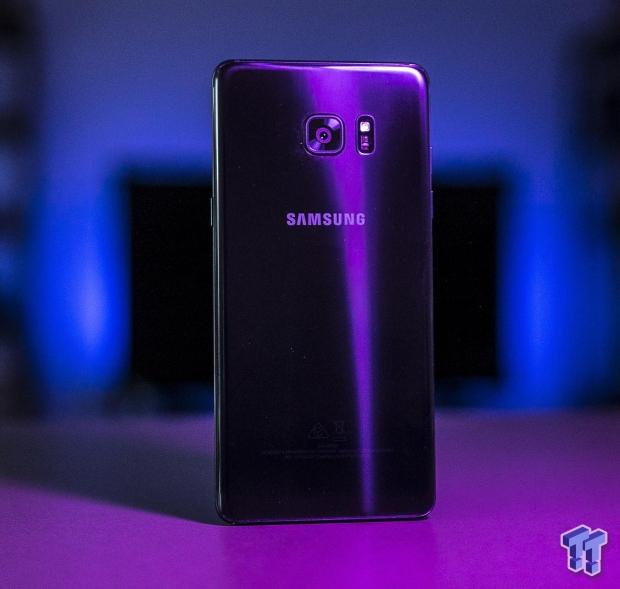 According to a report from Bloomberg, managers at Samsung started hearing rumors on what the new iPhone would have - and that it wouldn't feature many new innovations. They also knew that the new iPhone wouldn't look any different, which gave Samsung an opportunity to strike - and it did, with a damn mighty fine smartphone in the Galaxy Note 7.

This goal pushed Samsung mobile boss D.J. Koh to launch what would become the Galaxy Note 7, dazzling consumers and capitalizing on the opportunity knowing Apple's new iPhone 7 was going to be more of the same. The Note 7 featured an iris scanner, a beautiful dual edge display, super-fast internals, USB Type-C connectivity, wireless charging and so much more... but it wasn't without error.

Days after the Note 7 was on the market, reports started arriving of battery-related issues resulting in their new expensive smartphones bursting into flames. Within a couple of weeks there were countless stories, sending Samsung into a spin and leading Koh to hold a press conference where he said Samsung would replace all of the 2.5 million Note 7 smartphones shipped so far.

Now it looks like top management at Samsung might be on the chopping block, with Thomas Hussan - an analyst at Forrester Research, saying: "The battery issue arrived at the worst moment for Samsung and it seems like there was a delay in reacting to this communication crisis. This may indeed be due to the change in top management".

Samsung reportedly approved a launch date 10 days earlier than it had expected, according to people familiar with the matter, reports Bloomberg. With all of the new features Samsung was cramming into the Note 7, the battery is one of the most important - and upping the ante to a rather large 3500mAh unit could've been a problem.

The Note 7 battery was made by Samsung SDI Co., a company Bloomberg reports was opened in 1970 and 20% owned by Samsung. The company also makes batteries for other companies, including Apple. The ramp up towards the Note 7 release saw many Samsung employees and suppliers working around the clock, scrambling to get it ready. One of the suppliers said it was hard to work with Samsung employees on the Note 7 in particular because some Samsung staff were changing their minds about exact technical specifications and work flow.

This has all led into the situation we have now, with tens of billions of dollars of Samsung stock flushed down the toilet, countless people hurt, retailers and consumers burned on the Samsung name. Can it get worse?