Following last week's release of the well received trailer for this year's much anticipated 'Star Wars' anthology feature 'Rogue One', the Japanese arm of the Walt Disney company has released a new trailer which features elements from the new trailer, the previous teaser - and some new shots.

Set just before the events of 'A New Hope', 'Rogue One' is set to follow the band of courageous Rebel troops who stole the plans for the first Death Star, which allowed the alliance to pinpoint its weakness. Starring Felicity Jones, Diego Luna, Riz Ahmed, Ben Mendelsohn and Donnie Yen, the film will serve as the first film outside of the numbered episodes which make up the Skywalker saga. Recent behind the scenes chatter has suggested that not all was right with the project, with lengthy re-shoots and final cut rumors casting doubts, but hopefully that will all be forgotten when the final film wows audiences. Hopefully. 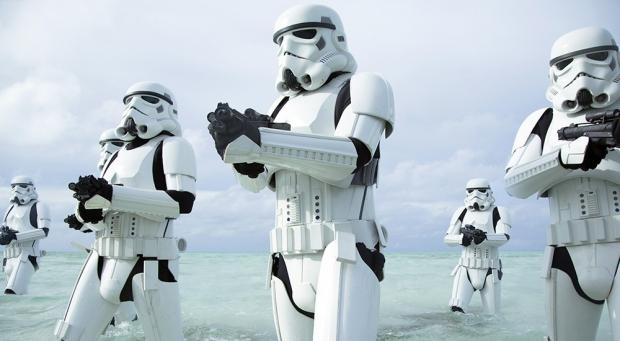