It's barely been 3 months since 'Star Wars' fans were treated to the first film in a decade in 'The Force Awakens', but now we have the December opening of the next film 'Rogue One' to look forward to. And based off this first look trailer, it's going to be a long, long wait.

Set just before the events of 'A New Hope', 'Rogue One' is set to follow the band of courageous Rebel troops who stole the plans for the first Death Star, which allowed the alliance to pinpoint its weakness. Starring Felicity Jones,

Diego Luna, Riz Ahmed, Ben Mendelsohn and Donnie Yen, the film will serve as the first film outside of the numbered episodes which make up the Skywalker saga. 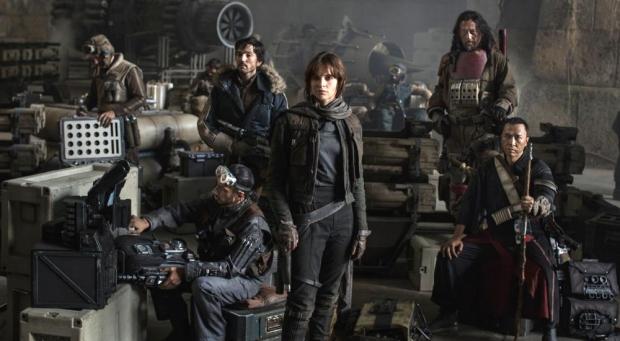