With Computex 2016 a little over a week away, GIGABYTE is getting out and ahead of the competitors with a much bigger tease of its beautiful new X99 motherboards, with its new X99 motherboards that will be compatible with Intel's next-gen Broadwell-E processors. 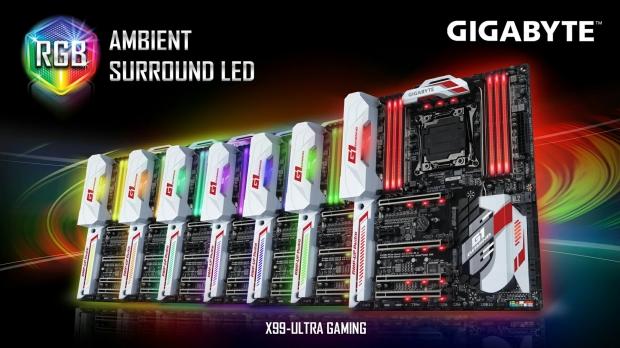 GIGABYTE X99 Designare EX, X99 Ultra Gaming and X99 SLI Phoenix motherboards will have various features and abilities - with the biggest feature of them all being that they'll work with the upcoming Broadwell-E processors from Intel. We'll also have updated I/O connectivity, with the X99 Designare EX motherboard taking the new flagship X99 motherboard spot.

GIGABYTE's new X99 Designare EX motherboard is a larger E-ATX form factor, with 8+1 phase PWM power, that will help power the Broadwell-E processor and its socket through a required 8-pin power connector. There are 8 x DDR4 DIMMs, with the entire motherboard being covered with a large heat sink that will keep those temps low during those all-night gaming or benchmarking/overclocking sessions. GIGABYTE has adopted an awesome-looking blue/white theme on the X99 Designare EX motherboard, with some RGB LEDs and a new feature called Ambient Surround LED that will let users customize colors on specific parts of the motherboard. 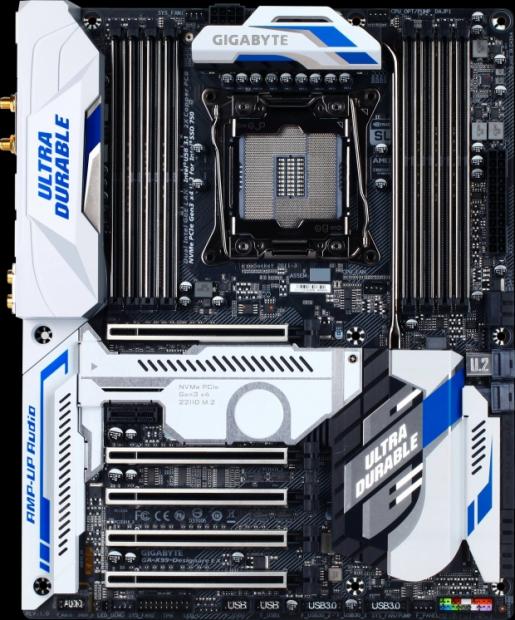 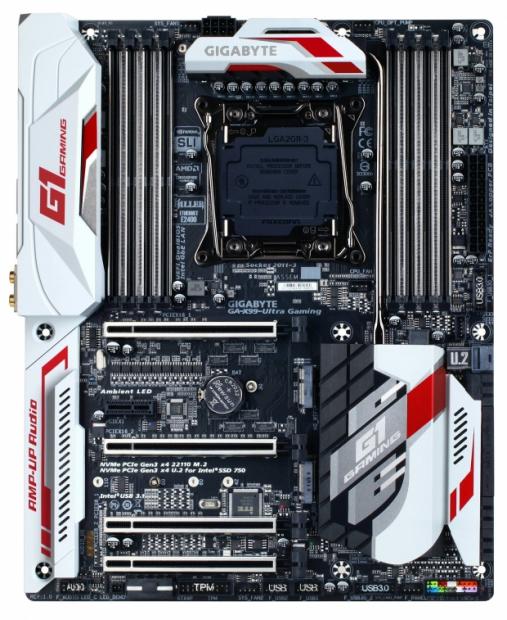 We'll hear and see more about GIGABYTE's new motherboards at Computex 2016 in just over a week's time.