With Warner Bros, Twentieth Century Fox and Sony Pictures already launching their first wave of titles for the 4K UltraHD Blu-ray format, Paramount Pictures has now decided to dip their toes in the water and have announced their first two titles. 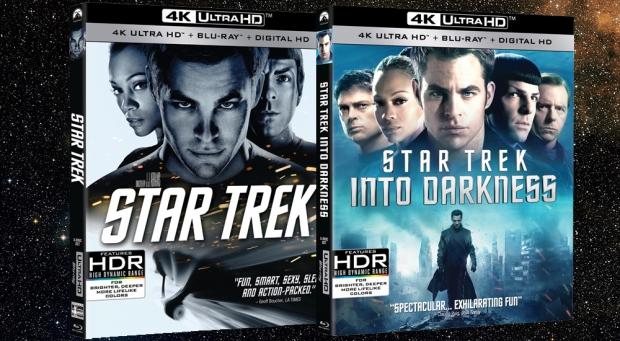 To celebrate the 50th anniversary of 'Star Trek' and to help promote the upcoming 'Star Trek Beyond', Paramount have announced plans to release the first two films third film in the rebooted franchise 'Star Trek' and 'Into Darkness' in 4K. Both titles will feature upscaled 4K video with High Dynamic Range passes, newly remixed immersive Dolby Atmos soundtracks and a bonus disc of Blu-ray supplements. Both titles will be released in the United States on June 14th, ahead of 'Star Trek Beyond's theatrical release at the end of July.

Disney is now the sole holdout of the major studios who have not yet announced titles in the format, but are expected to firm up plans by the end of the year.