Intel has teased its next-gen Core i7-6950X processor on its own website, with the entry for the "Intel Core i7-6950X Processor Extreme Edition" listed on the latest Management Engine software on its Support website. 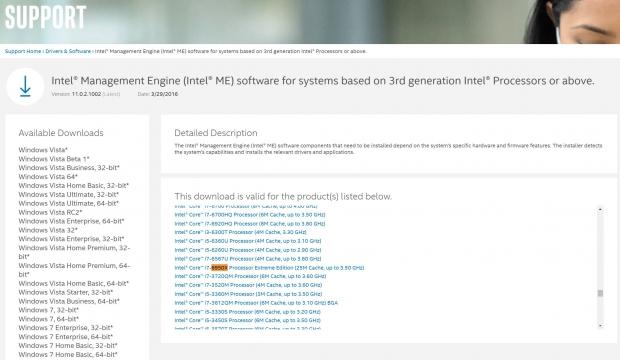 These new CPUs are based on Intel's 14nm Broadwell-E silicon, but the new LGA 2011 v3 processors are set to be compatible with Intel's current X99 Express chipset motherboards, with future BIOS upgrades. We should hopefully hear more about Intel's next-gen CPUs soon, before they start shipping in the coming months.