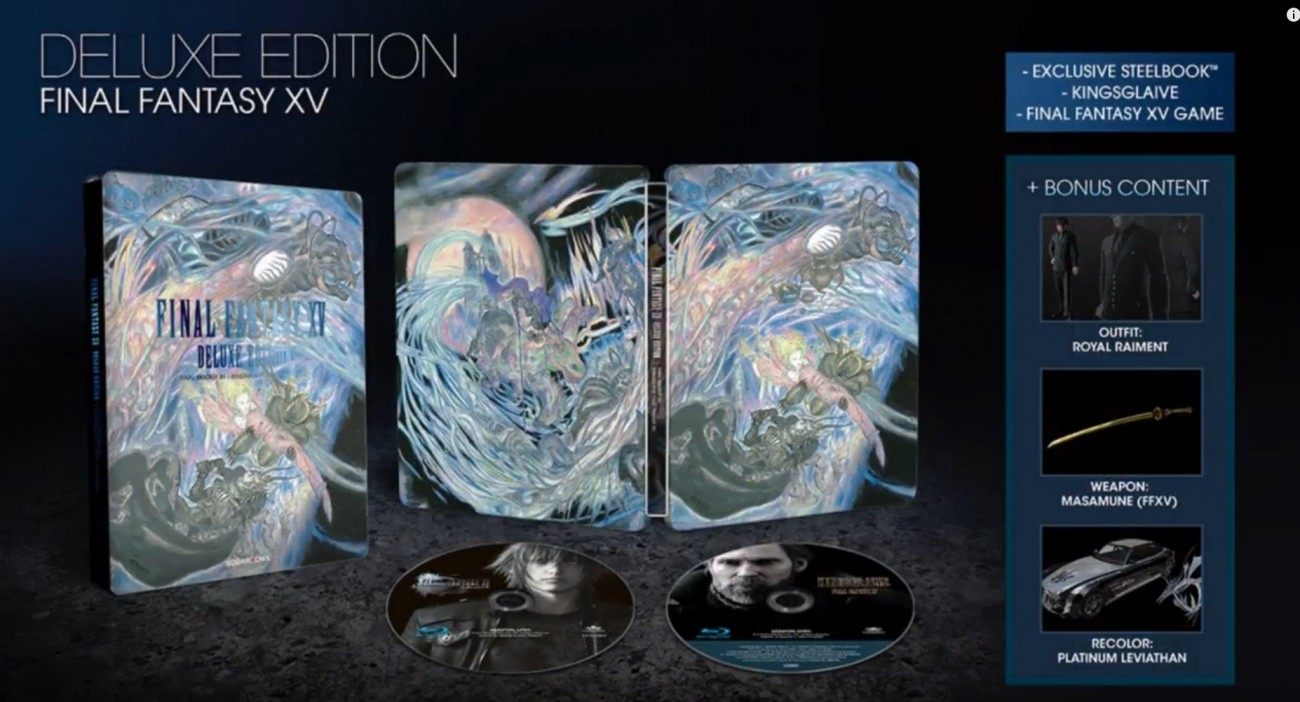 At the Final Fantasy Uncovered event, Square Enix showed off some snazzy special editions for Final Fantasy 15. First up we have the FF15 Deluxe Edition, which comes with:

Last but not least is the huge FF15 Ultimate Collector's Edition, which is limited to only 30,000 copies worldwide. This edition includes: 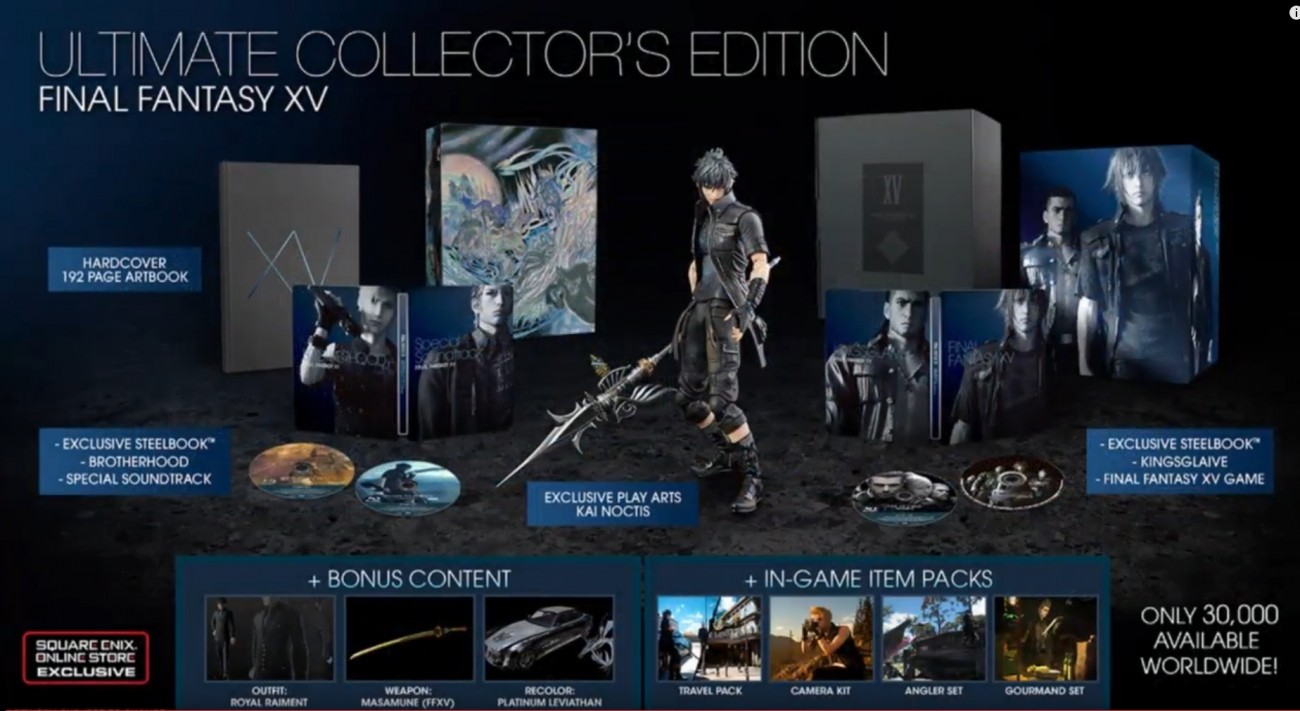 Gamers can pre-order the editions starting at 12am EST/9PM PST exclusively at the Square Enix Online Store, and pricing has yet to be announced. Both editions will release along with the game's official launch on September 30, 2016 across PS4 and Xbox One.