Final Fantasy XV is a treat on the eyes, with the wildly stylized hair and well-designed backdrops. But being a graphical showcase of what Square Enix is capable of producing as the primary developer also means that it has the potential of running a bit slower. But considering the genre and the type of action on screen, the targeted framerate will be 30FPS, for that cinematic feel, and because it's probably all the consoles can manage at higher resolutions. 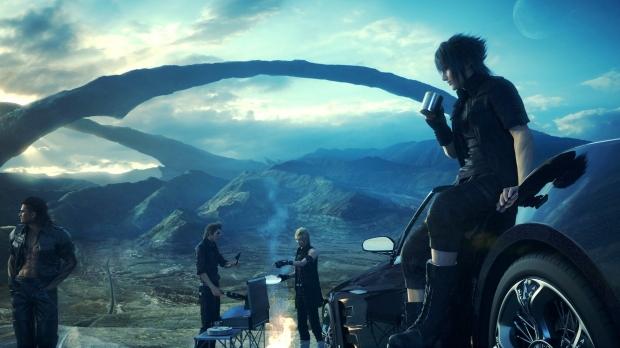 That's at least their objective. At the moment, the game sometimes dips below that target, but they believe that further optimizations can help keep things well within 30FPS with no trouble. It's possible, however, that they may not be able to hit that target enough of the time for it to be viable, in which they might have to do something else completely to satiate fans. The final resolution that it'll be running hasn't been revealed yet, but it's looking more likely that it won't be 1080P if they want to hit that 30FPS target.

The game engine they're using, the Luminous Studio engine, is a very capable and impressive piece of technology. It's been the underlying engine that underpinned the Witch Chapter 0 [cry] demo that was shown off at Microsoft BUILD last year, with four Titan X's rendering a scene filled with 8Kx8K textures and nearly 63 million polygons. One Titan X was only able to push it to 35.9FPS, so imagine how even a less potent version of the engine would fair on the hardware inside the Xbox One and the PS4. Even a mere 5 million polygons per frame is still impressive, and not easy to render considering the other effects that are put on top of that. It'll be interesting to see how well it runs when it's finally released. Of course we'll have a performance analysis as soon as is feasible on the PC.