UPDATE: Before you download the Survival Mode beta, be sure to back up your save files and disable all PC mods. Bethesda issued an official warning on its community forums, but the actual Survival Mode announcement on Bethesda.net doesn't at all mention mods or backing up saves.

Now that Fallout 4's new Survival Mode is now up on Steam for beta testing, Bethesda reveals the treacherous rigors of the new difficulty. 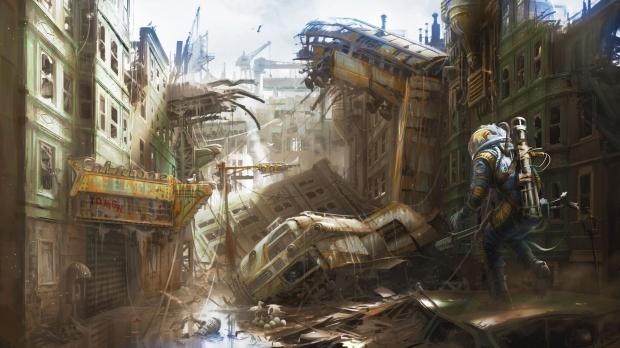 Fallout 4's new Survival Mode is absolutely grueling. While the new difficulty is far beyond "hard", it'll add a whole new dimension to the game, making players actually think about their decisions and strategies rather than blasting through everything. Bethesda has injected challenge back into the game, and in a way, the Commonwealth has been reborn. Hell, Bethsoft even equates the difficulty to Dark Souls. Check below for a few of the changes you can expect in the new Survival Mode.

Saving with Sleep: Manual, quicksaving and almost all autosaves are disabled. To save your game, you'll need to find a bed and sleep for at least an hour.

No More Fast Travel: Fast Travel is disabled. If you wish to be somewhere, you'll have to get there the old-fashioned way. In other words, exploration is now mandatory, exposing more of the Commonwealth's secret gems.

Increased Lethality: You now deal, but also take, more damage. You can increase the damage you deal even further with "Adrenaline" - more on that in a moment. This makes combat more dangerous, which in turn slows you down and gets you to think about what you're walking into.

Facing the Unknown: Threats, unless added by a Recon scope, no longer display on the compass, and the distance at which locations of interest will appear has been significantly shortened.

Adrenaline: Adrenaline, a new Perk that comes standard with Survival Mode, provides a bonus to your damage output and is increased by getting kills. Every five kills increases your Adrenaline rank, adding 5% bonus damage for up to an extra 50% damage at the max rank of 10.

Bed Types: The type of bed you're sleeping in limits the length of time you are able to sleep, thereby limiting how much you can recover.

Illness & Antibiotics: There are several different Illnesses that can affect you. Your base chance of getting sick increases as your average Wellness decreases. Antibiotics can be crafted, bought or found, and alongside doctors, can heal your current Illnesses.

Immunodeficiency: Items that cleanse your body of Rads come with the cost of making you tired and temporarily damaging your immunity, leaving you more vulnerable to Illness than usual.

Slower Healing: In Survival, restorative items, like Stimpaks and food, recover your health at a significantly reduced rate. 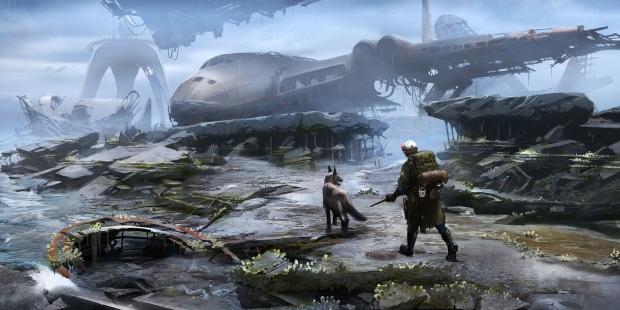 Crippled Limbs: Crippled limbs will no longer auto-heal after combat. They will remain crippled until healed by a Stimpak or slept off.

Carry Weight: Your total carry weight has been reduced and items like ammo and Stimpaks now have weight. Bullets and shells have a small amount of weight, which varies by caliber, while missiles and mini nukes are quite heavy.

Wellness - Exhaustion, Hunger, Thirst: Going for extended periods of time without food, water or a good night's sleep will begin to adversely affect your health, hurting your S.P.E.C.I.A.L. stats, adding to your Fatigue, lowering your immunity, and eventually even causing physical damage to you.

Fatigue: Fatigue mostly comes from being tired, but both hunger and thirst also affect it. Fatigue works like radiation, but affects your Action Points (AP) rather than your Hit Points (HP).

Companion Costs: Carry weight for companions has been decreased and they will no longer automatically get back up if downed during combat. Instead, they will return home, if abandoned without being healed.

Enemy and Loot Repopulation: Locations you've cleared will now repopulate with new enemies and loot at a significantly slower rate.

Be sure to drop over to Bethesda.net to see the full list of changes, and download the beta test on Steam if you're playing on PC. To initiate the Survival Mode download on Steam just navigate to Fallout 4, right-click and select Properties, then click "Betas" on the far right. Look for the drop-down box and select "beta - Survival Beta Update". 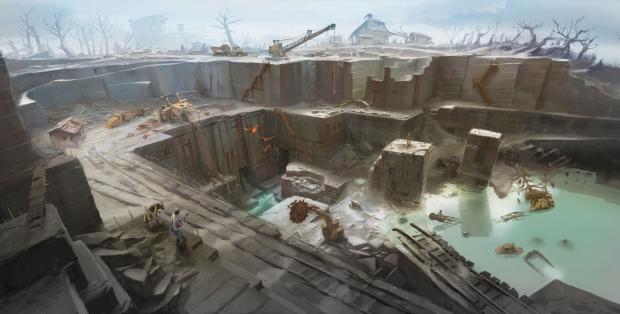