Despite the disastrous launch of Gears of War: Ultimate Edition on PC, Microsoft is asserting that Gears of War 4 will be "mind-blowing". 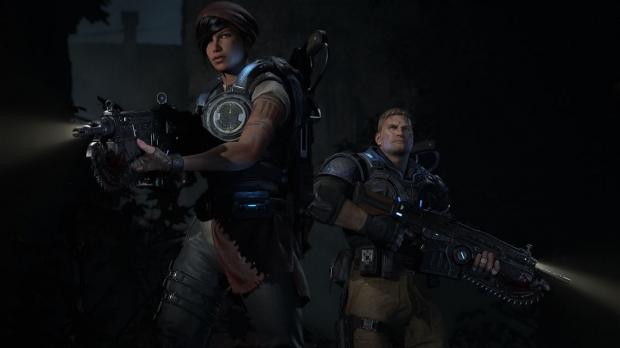 Xbox marketing exec Aaron Greenberg was recently shown the most recent build of Gears of War 4, and publicly states that it was absolutely "mind blowing". Greenberg also affirmed that the Gears franchise is in "very good hands" with The Coalition (formerly known as Black Tusk Studios). After Microsoft had purchased the Gears of War series from Epic Games, the company handed off development to The Coalition.

The Xbox exec also revealed that a beta test for Gears of War 4 is coming up soon, so we'll be able to try it out and see if it's truly mind-blowing or not. The beta test will likely be gated off behind pre-order access, which is the norm for the industry these days.

Although Gearheads will take Greenberg's words to heart, we have to remember that he's indeed biased towards his own brand. These are the same execs that hail Microsoft's awkward push into PC gaming as "innovative", and say things like "Microsoft wants to break down the walls and bring gamers together".

In any case, Gears of War 4 will likely be one of the many future Xbox One games that will simultaneously release onto Windows 10 PCs. The sequel is expected to hit in Fall 2016.