That Xbox One February update we were so patiently waiting to hear about? Well it seems that some details are now coming out thanks to the Preview Program. And the focus is going to be on adding more social features to the Xbox One. 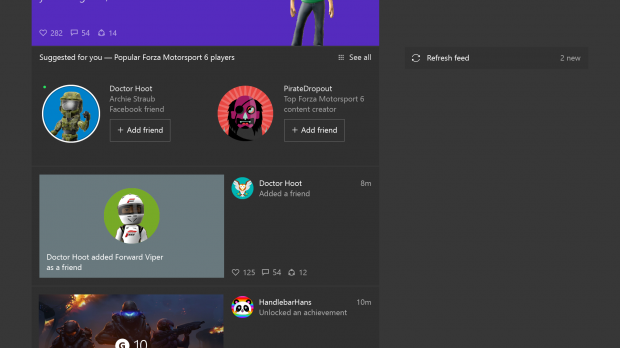 The new social features should make it easier for you to know what's going on in the Xbox universe and to join your friends in the fun that they're having. So many games now have a cooperative or multiplayer element that it's only natural to make that more accessible.

Probably one of the most significant changes is the inclusion of the Avatar store, which lets you customize your digital self even more than before. It used to be a big part of the Xbox 360 experience, and they're moving back towards that trend. So now there's a better Xbox One news feed, a better ways to compare your Gamerscore. Check out the list of features appearing below.