Despite what the movie posters star billing says, Rey played by newcomer Daisy Ridley was the real star of 'The Force Awakens'. But despite following her substantial character arc, there's still a lot we don't know about her. Why does she seem to have such mastery of the Force? Could it perhaps be down to a strong Jedi bloodline? If you haven't had the chance to see the film yet - be aware of a POTENTIAL SPOILER: 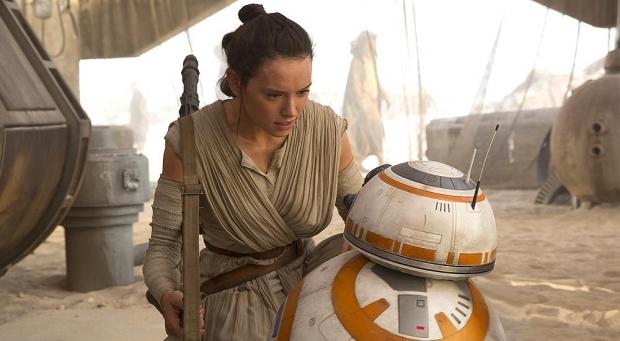 Speaking to the Television Critics Association via SlashFilm, one plucky reporter directly asked if Obi-Wan Kenobi might just be Rey's father. Abrams answered coyly, saying: "I know quite a bit, but obviously it's not for me to talk about in this moment because this is Rian's story to continue now. The last thing I'm going to do is reveal something that he would be upset about. I want to make sure that Rian gets the courtesy he showed me."

Rian Johnson serves as director of the as-yet untitled 'Star Wars: Episode VIII' which will be released in May 2017.