Over a decade has passed since the release of the last Star Wars film, Revenge of the Sith, which according to creator George Lucas was purposefully designed to close the loop (and the door) on the sci-fi film franchise for good. But in November 2012, Lucas threw a wholly unexpected curveball by announcing the acquisition of the franchise by Disney, who intended to exploit the series with new films following the classic gang of Luke Skywalker, Han Solo, and Princess Leia.

Just over three years later, and the first entry in the newly reinvigorated series is hard to avoid, with fans waiting with baited brief to see if The Force Awakens can restore the series to its former glory. Is it possible that the family-friendly Disney corporation can satisfy long-time fans, while fostering a new generation and dare I say, bring balance to the Force? 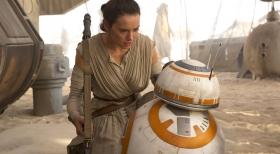 30 years from the events of Return of the Jedi, which saw the annihilation of the Empire, the last Jedi Knight; Luke Skywalker (Mark Hamill) has fled into exile. In his absence, a new threat has emerged - neither Sith nor Dark Jedi but born out of the power of the dark side of the Force. Resembling the Empire, the militarized First Order is intent on destroying the last vestiges of the Galactic Republic and the rebellion it tacitly supports. Equipped with an immensely powerful super weapon and flanked by the unpredictable, yet powerful Kylo Ren (Adam Driver) who's determined to complete Darth Vader's former mission, the resistance is in dire need of a rebalance of the Force if it's to survive.

While expectations are sky high for the relaunched Star Wars saga, the benchmark for success has undoubtedly been dramatically lowered by the standard set by its prequel forebears. Bolstered by the re-appearance of Luke, Han, Leia, Chewie and Darth Vader (albeit in the visage of a post-funeral pyre charred helmet), an emphasis on analog visual effects (Real sets! Rubber suits!), more dramatic storytelling (the thankful absence of tax disputes and political shenanigans), not to mention a keen awareness of what fans actually want to see, I'm pleased to report that J.J. Abrams hasn't let fans down.

What makes The Force Awakens work isn't just the frequent nods to the original trilogy, the sweeping orchestral score from composer John Williams, nor the breathtaking visual effects from ILM. No, it's the return of some firmly grounded humanity, an intangible but satisfying soul that permeated the original films and which was replaced by clinical zeroes and ones in the most recent films. Particularly responsible are the four young actors who embody the next generation of Star Wars. When Rey, Finn and Poe exchange knowing glances and quips, it's with boundless energy and natural enthusiasm that's entirely infectious. When Kylo Ren enters the frame, it's with the same kind of menace not seen since Darth Vader, but there's also a hint of vulnerability - a personality flaw dubbed 'the light side of the Force' which might yet be exploited in a future episode. 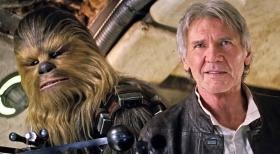 While J.J. Abrams has a somewhat fractured relationship with the sci-fi community, particularly for dumbing down the Star Trek reboot before completely jumping the shark with its sequel Into Darkness, the lifelong Star Wars fan has proved an excellent choice to breathe new life into the franchise. Serving as co-writer and director, Abrams is thoroughly successful at balancing new and old characters, the past and future story exposition, and visually exciting and kinetic battle sequences.

Naturally, the film isn't perfect. Look deep enough and there are enough plot holes to fill a Death Star trench, coupled with leaps in logic and adherence to established formula that isn't ready to be shaken just yet. Naturally, Disney is cognizant of the need to tread carefully. They're not just rolling the dice on this film's $200 million budget, but that of the other five Star Wars films in active production, the $4 billion series acquisition, and not to mention the whole merchandising empire it spawns. But make no mistake, Force Awakens isn't mere fan service, there are plenty of bold choices that elicit genuine surprise to even the most hardened and spoiler-aware fans. 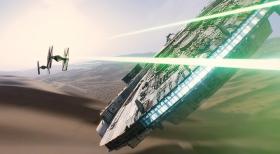 Nearly forty years on from the original release of Star Wars, the franchise is bigger than ever, and thanks to The Force Awakens, its future is secure. While some are relieved that George Lucas had nothing to do with the new film, nor the direction that Disney is taking the series, there's simply no avoiding the fact that there would be no Star Wars without him. That fans across the world shed tears at the sight of Harrison Ford in full Han Solo get-up, standing next to Chewbacca on the Millennium Falcon is a testament not only to the enduring appeal of the series but to how deeply embedded it is in hearts and minds and which transcends language, culture, and generations.

Star Wars is more than just a movie. You don't see this kind of misty eyed devotion for any other series. Just as A New Hope provided audiences with a much-needed distraction from the recently concluded Vietnam War, we need modern day legends such as that offered by a galaxy far, far away to reinforce hope for a better future. Fans better strap themselves in, because there's plenty of exciting adventures yet to come. 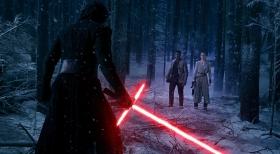 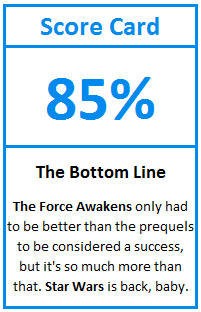