CES 2016 - Cooler Master is consolidating their product lines and changing their focus, and that also includes their CPU cooling products as well. At CES they were showing us the new AIO water coolers that they'll be bringing to market as part of their new "Make it Yours" initiative. They also had a new slick looking custom water loop kit and a new air cooler to take a look at. 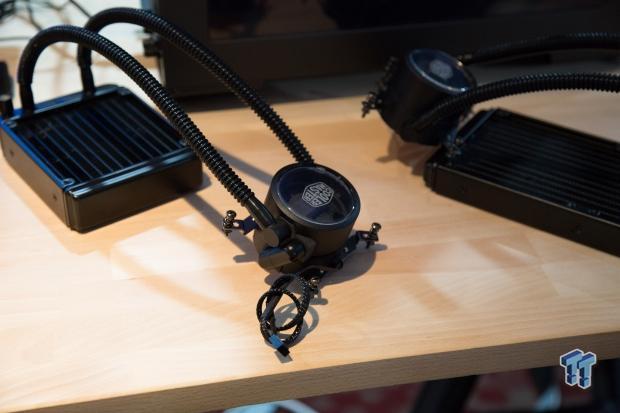 Despite the small debacle with the patents that might have prevented the sale of the older, and quite effective older series of coolers, they've actually been working on a new design well before that, which was debuted here in their suite at CES. The pump is updated and improved, so coil whine should definitely not be a problem anymore.

There'll be 120mm and 140mm wide selections with up to 280mm in total length as well. If the Nepton series is any indication, then the actual cooling performance should hopefully be similar. And that means it'll be near class leading. 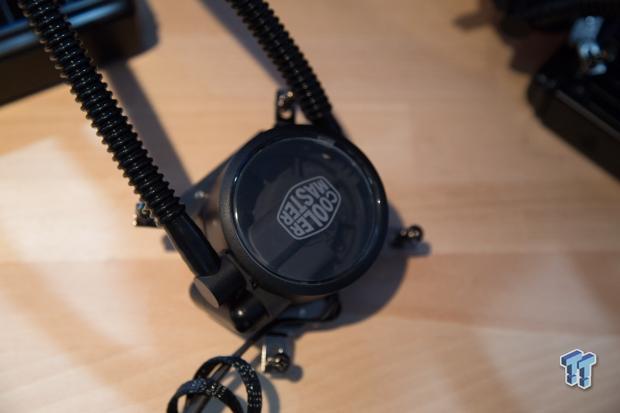 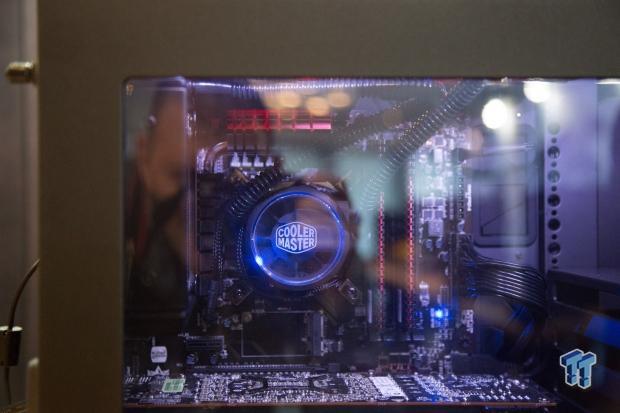 Of course there are the obligatory LED lights to help give life to the cooler, and there'll be multiple lights to allow for different patterns to help brighten the day. In order to highlight the cooler itself, only one LED was lit up for the demonstration.

And they aren't abandoning air cooling, not after the still successful Hyper 212. Instead they're taking that knowledge they gained from the low-end cooler and improving appreciably. The MasterAir Maker 8 is the result, and it's a gorgeous looking cooler, not to mention it should be a top performer too. They've integrated a 3D vapor chamber into the base for more liquid volume to dissipate heat, similar to how the R9 Nano works actually. This should theoretically increase the efficiency of heat transfer by a real amount. 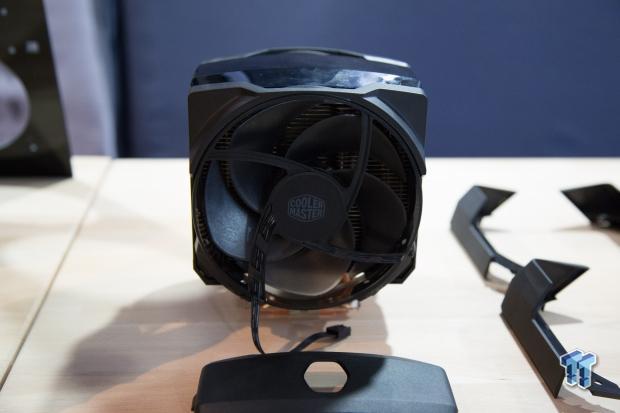 In-line with their slogan, there'll be replaceable top plates so you can either cover up the end of the heat pipes, or you can put a transparent, and LED infused, cover to add a little more flair to it. You'll find the specs of the new cooler below. In the process of consolidation they've simplified the fan choices, giving us three to choose from, maximum air flow, maximum air pressure or a balance in between. 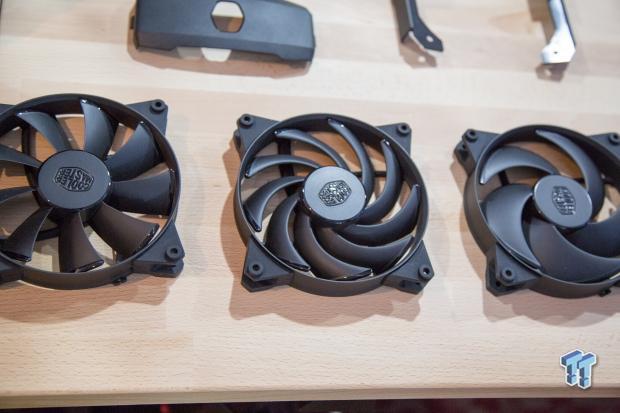