We've known that BlackBerry's new Android smartphone is a premium handset for quite some time--BB's CEO John Chen reminds us that PRIVacy brings a sense of PRIViledge--but up until now we haven't had any indication on the company's definition of premium when it comes to cost. Now recent reports indicate that the Priv could cost as much as $749 in the U.S. 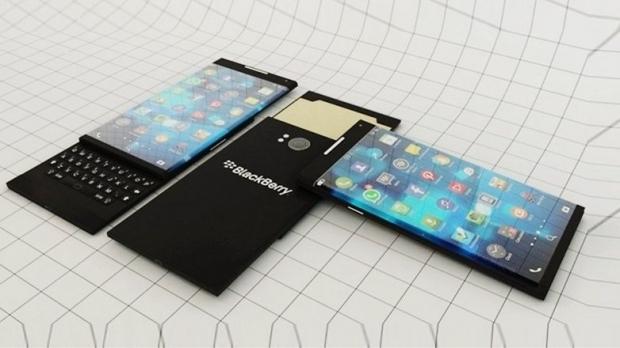 Up until now the company has left us in the dark concerning the key details of the hybrid-OS Priv smartphone. but a member of the Crackberry Forums has found what looks to be specifications, launch date, and pricing for the BlackBerry phone. 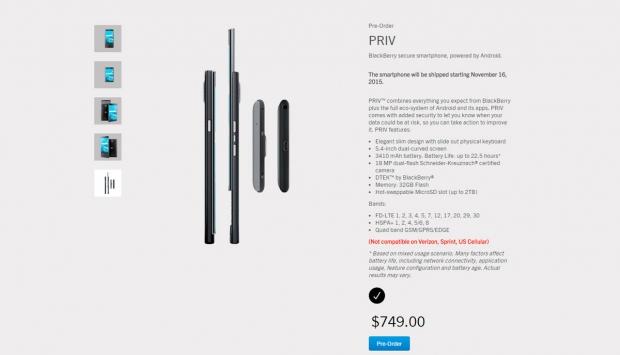 The Priv will have a beefy 3410 mAh battery for "mixed usage of up to 22 hours of battery life", but there's no mention of USB Type C connectivity for rapid charging or data transfers. The physical sliding keyboard supports "contextual auto-correction" as well as word prediction and will actively learn from user activity. The phone's 32GB memory is expandable via a micro SD card slot with support of up to 2TB.

All in all the Priv looks to be a decent phone in terms of specs, but the price will be the turning point, especially considering users can pick up "the best Android phone" the Nexus 6P for $499. BlackBerry is banking pretty heavily on the new smartphone, so much so that the company might stop making phones altogether if the Priv doesn't take off. BlackBerry will have to sell 5 million smartphones a year to turn a profit.

Be sure to check by the forum listing to see full specifications for the Priv model.