We heard previous rumblings about a November release window for Star Wars: Battlefront, to coincide with the cinema release of Star Wars: The Force Awakens, but it looks like November 17 might be the day. 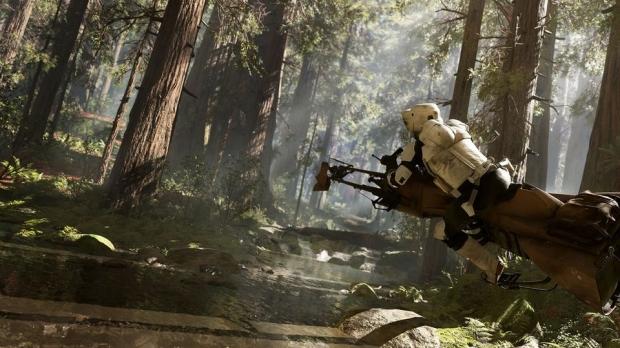 According to Polygon's sources, we can expect Star Wars: Battlefront to be released on November 17, but we'll find out more information tomorrow at 1:30pm ET during the Star Wars Celebration that is still rocking along in Anaheim, California. EA has teased that gamers can expect more on Battlefront at that time, but someone has spotted the source code on the news page for the official site, which has gamers excited.

The source code teases: "The latest news and updates for Star WarsTM Battlefront . Available November 17, 2015 for PlayStation 4, Xbox One and PC".