The hottest news item on the web tonight is undoubtedly the new teaser trailer for the hotly anticipated Christmas release of the 'Star Wars' sequel 'The Force Awakens'. But a small bit of Christmas has come early. If you haven't already seen it, take a look below. If you already have - watch it again. You know you want to.

The latest trailer, released during the 2015 'Star Wars' celebration in Anaheim has gotten fans well and truly excited, with the first glimpse of classic 'Star Wars' iconography, including Darth Vader's burned helmet, crashed Star Destroyers and an exciting TIE fighter battle. But the best shot of all is kept to to the end - the return of Han Solo and Chewbacca. It's enough to bring a tear to the eyes of fans. 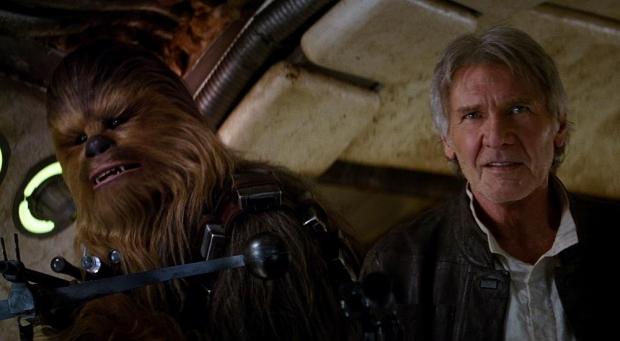