CES 2015 - ASUS started CES 2015 with a bang today, announcing not one, but three new Transformer Book Chi devices. The flagship model, the T300 Chi, has a great spec sheet, with up to 8GB of RAM on offer. 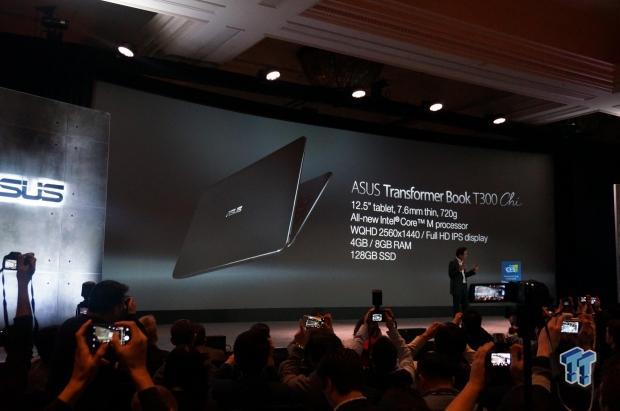 The flagship Chi sports a 12.5-inch display with an option of either a Full HD or WQHD (1920x1080 and 2560x1440, respectively), but it is just 7.6mm thin and weighs only 720g. We have an Intel Core M processor inside, and the option of 4GB or 8GB of RAM which is just crazy in a tablet. We're getting close to Ultrabook specs here, people. On top of that, we have a desktop-class SSD inside. 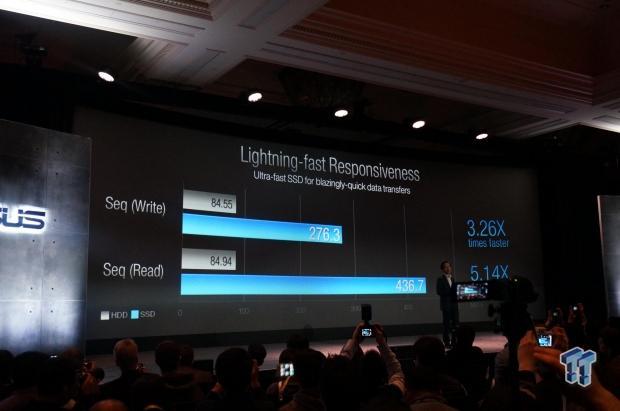 Speaking of SSDs, the new Transformer Book T300 Chi's SSD is more than capable. When compared to the latest MacBook Air, it is up to 5X faster than Apple's thin laptop. We have sequential write speeds of up to 276MB/sec while reads are at a blistering 436MB/sec. 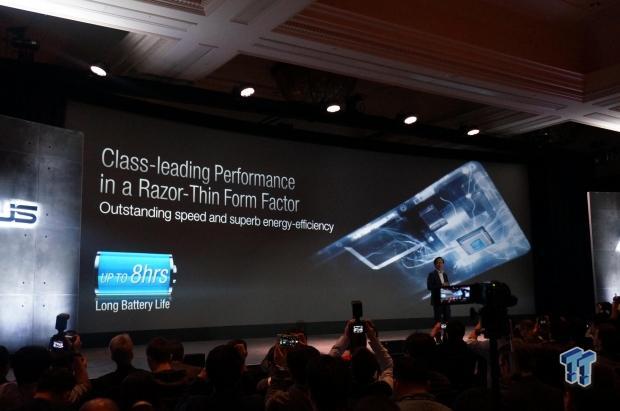 We have up to 8 hours of battery life with these desktop-class specifications, too. 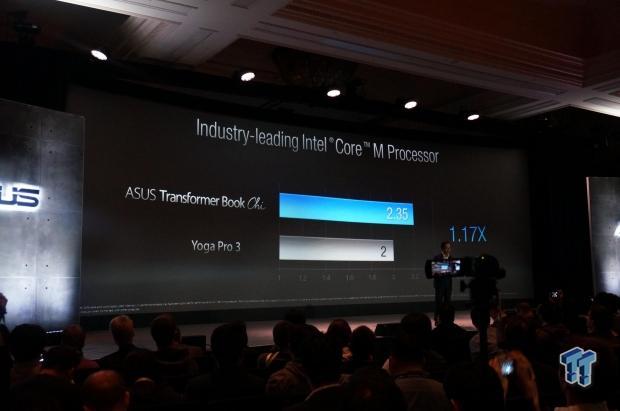 Even when pitted against the just-announced Lenovo Yoga 3 Pro, we have 1.17X the performance when versing their respective Core M processors. 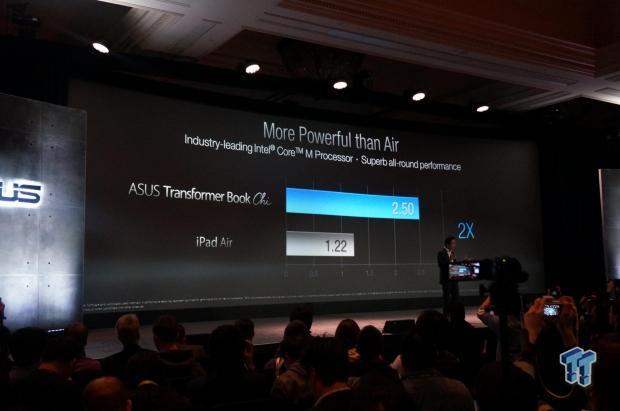 When compared against the likes of the MacBook Air, we have up to 2X the performance thanks to Intel's new Core M processor. 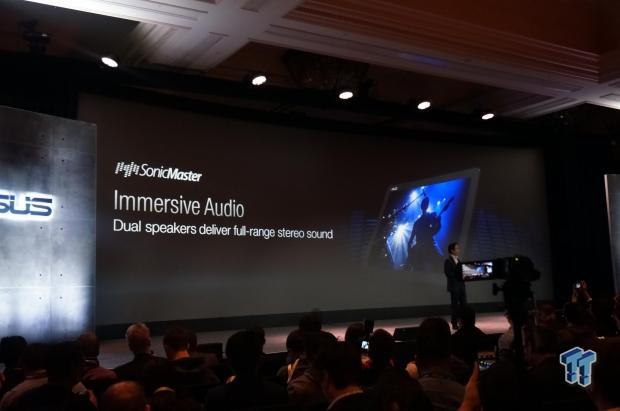 ASUS has also provided their 'immersive audio' technology, in the form of SonicMaster. The T300 Chi has dual speakers that 'deliver full-range stereo sound'. 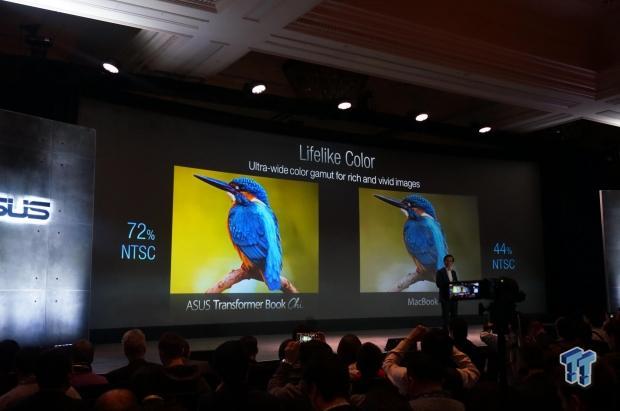 The panel ASUS have opted for provides 72% NTSC color gamut, compared to the kinda lacking 44% NTSC on Apple's MBA. 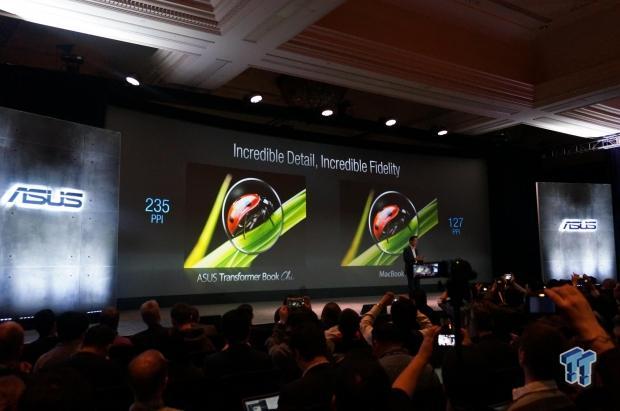 The pixel density on the WQHD panel is impressive, with 235 PPI versus the 127 PPI on Apple's MacBook Air. 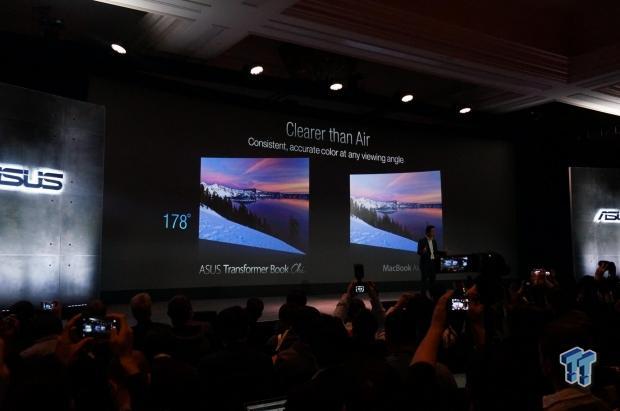