After a week of Ubisoft fighting a losing battle about watering down the PC version of Watch Dogs, EA is on the offensive for PC gamers. First, offering up Titanfall for free for 48 hours, second - unlocking all of the weapons and gadgets in its beta of Battlefield: Hardline, and now - stating that the PC version of Plants vs. Zombies: Garden Warfare is not a console port. 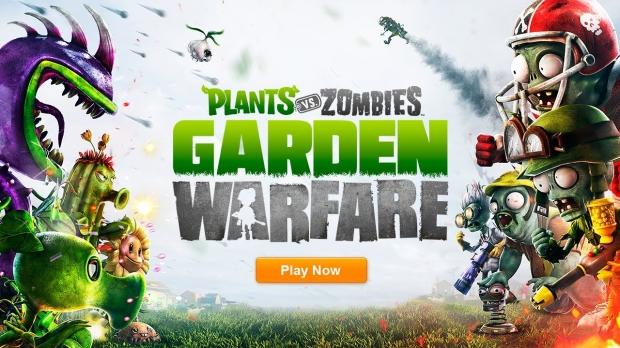 Justin Wiebe, the game's Creative Director, took to PopCap Games' (which is owned by EA) developer diary today, where he explains: "It's not a port. Everything from our UI to how the mouse-driven controls are going to work - everything has been looked at from PC gamers' POV". When Garden Warfare launches on PC, it will include a new map, Jewel Junction, which features a world event that affects gameplay.

In this map, a train runs down the middle of the map, which should be an interesting turn for the game. Jewel Junction will be a timed exclusive for PC. Right now, you can pre-order Plants vs. Zombies: Garden Warfare on Origin - with the Standard Edition costing $29.99, while the Digital Deluxe Edition costs $34.99. Garden Warfare launches in just three days time, on June 24.