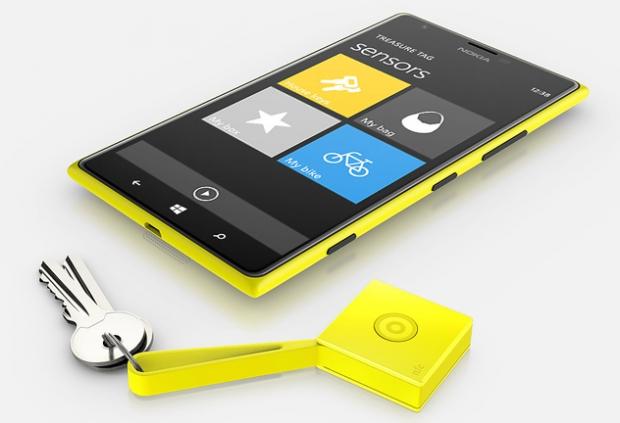 Each of the tags will cost $29.90 in the US. The tags will work with Nokia smartphones and with iOS and Android devices via a third party app. Up to four Treasure Tags are supported at once allowing you to tag multiple items. Each of the Treasure Tags measures 30 x 30 x 10 mm and weighs 13g.

Treasure Tags sound an alarm if you walk away from either the smartphone used in the system or a device that you have tagged. The idea is that the alarm sound will let you know you left something behind. Both the smartphone and the tag alarm so you can find the lost item.

The Treasure Tags work via NFC technology or Bluetooth. The app can be customized allowing you to give a custom tag or picture to each of the four Treasure Tags inside the app. Each of the tags can also be set as a Live Tile on a Windows Phone device. Lumia phones require the Lumia Black update to support Treasure Tag devices.