Computex Taipei 2013 - This morning we got the chance to head over to the EVGA Suite at the popular Grand Hyatt to check out some of the latest offerings that the company was going to be offering us in the coming months. Entering and saying hello we then got taken over to the upcoming power supplies that EVGA plan to launch soon which will expand the lineup they already have on the market. 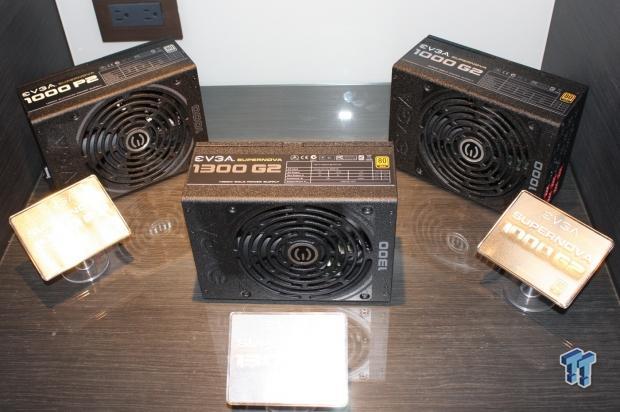 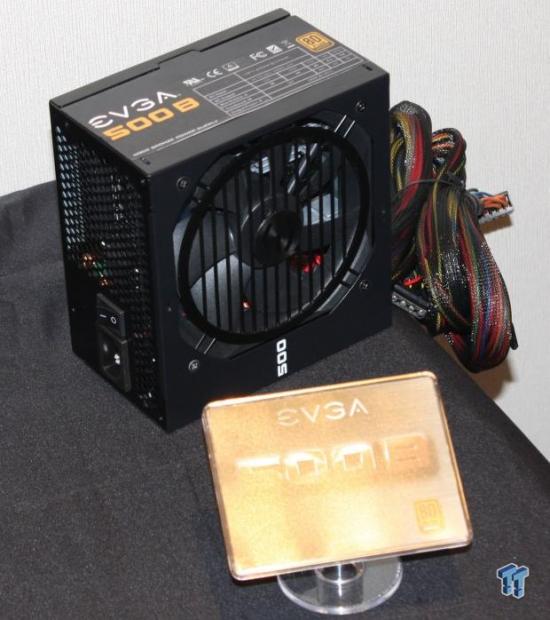 Expanding the already known SuperNOVA series EVGA sees the new 1300G2 and 1000P2 added to the lineup which already increases a strong lineup of units. The new 1300G2 is a 80 Plus Gold Rated unit that sits between the current 1000G2 and NEX1500 units. The 1000P2 on the other hand is a 80 Plus Platinum rated 1000 Watt unit. A new lower budgeted 500B model is also coming that carries the 80 Plus Bronze rating and of course comes in at 500 Watt. 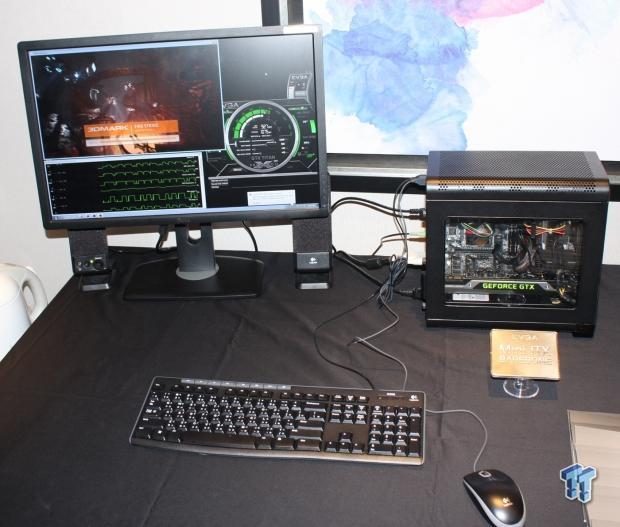 Along with an expansion to the PSU line; EVGA will soon be releasing its own Mini-ITX Barebone System coming with a Case, Power Supply and Thin Optical Drive that can be optioned as DVD or Blu-Ray. Showing off the new barebone with the upcoming Z87 Stinger Motherboard, new Intel i7 4770K CPU and a GTX TITAN. EVGA showed us just what the tiny system was going to be capable of handling. 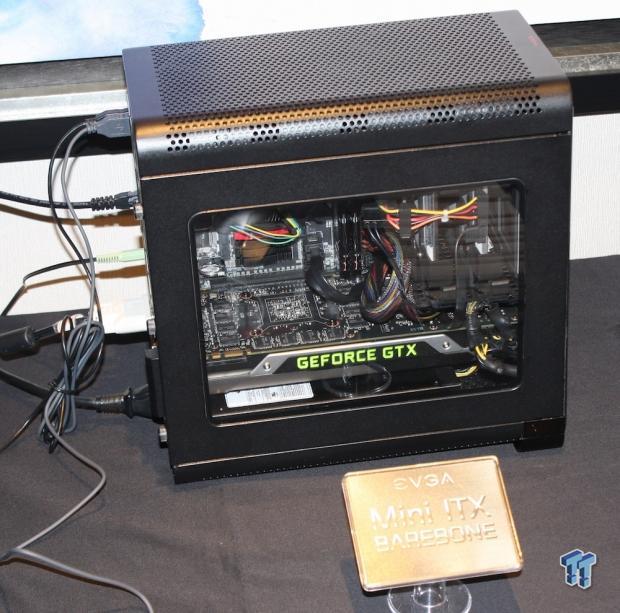 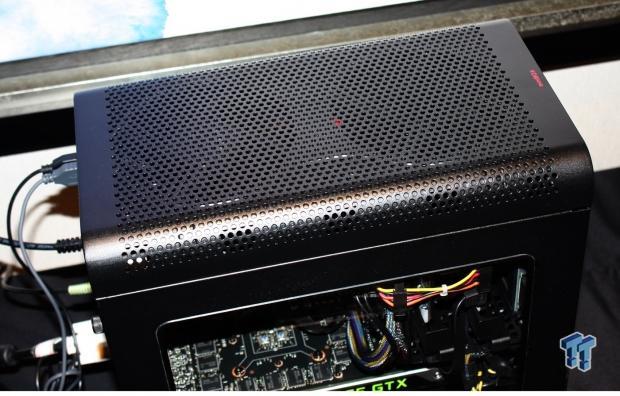 With a window on one side and a very clean looking front and support for two 120mm fans at the top of the unit the new Mini-ITX Barebone from EVGA looks great and is capable of holding some extremely powerful hardware with the ability to fit a GTX TIAN being in deed one of the more attractive options. Heat and Noise levels on the powerful unit looked good and EVGA told us that they had worked on the included power supply to make sure noise levels on it came in at an acceptable level as these smaller, thinner Power Supply Units have a tendency to be quite loud. 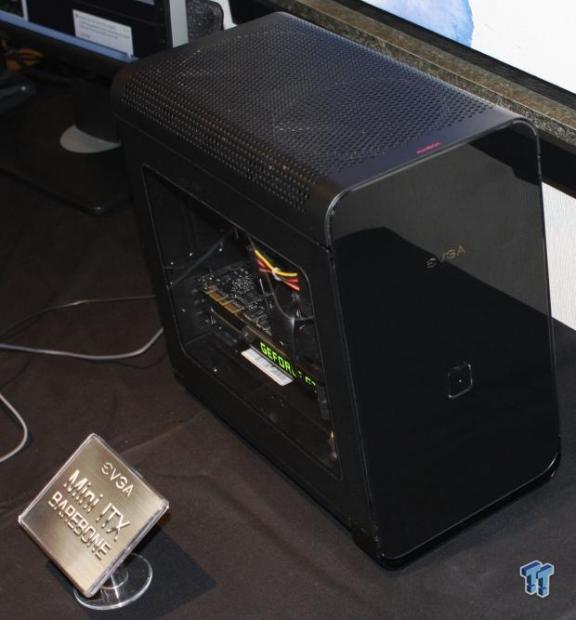 EVGA also let us know that a water cooling version could be offered as holes are provided at the back of the case for water pipe tubing.