It seems as though no company can keep a secret anymore. Samsung has just suffered a leak, albeit only a few hours prior the official announcement. But, be that as it may, we are going to share with you the official specifications of the Samsung Galaxy Note II, thanks to PocketNow who obtained the press release. 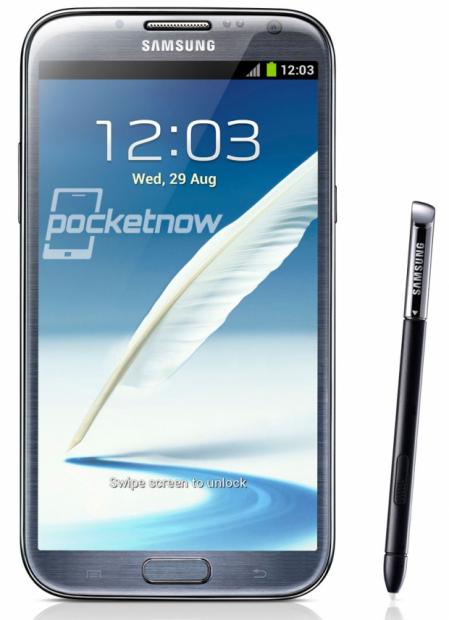 As rumored, and previously thought, the new Samsung Galaxy Note II will feature a 5.5-inch 1280x720 screen, which means it will have a true 16:9 aspect ratio. The screen will be similar to the original, both in resolution and in type--the new one is the same HD Super AMOLED panel. Along with the bigger screen, the Galaxy Note II will receive a 1.6GHz quad-core CPU (type unknown at this time).

Most importantly, the device will launch with Android 4.1 Jelly Bean, so there will be no waiting around to get an update. The Note II ships in Europe starting in October.